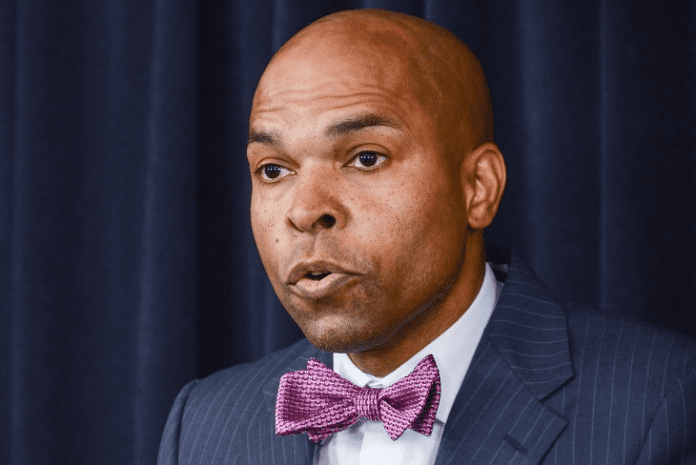 Bermuda’s Minister of Tourism Shawn Crockwell resigned on Wednesday amid days of protest over the island nation’s immigration policy.

He said their lack of understanding of the black community had resulted in the tense demonstrations and industrial activity of the past week over the proposed Pathways to Status initiative.

In response to his resignation, Dunkley said in a statement that he was “disappointed” and called Crockwell an “effective minister who progressed the government’s agenda to restore workplace jobs and opportunity for Bermudians across the island, from the formation of the Bermuda Tourism Authority, the Gaming Commission and the imminent development of a new hotel in St George’s.”

Dunkley’s One Bermuda Alliance (OBA) has proposed an initiative to allow people a path to permanent residency in Bermuda after working there for at least 15 years, and the ability become citizens after 20.

Demonstrators want the Immigration Bill withdrawn, and the protest went into a fifth day on yesterday.

Crockwell, a lawyer, who said he would stay on as a backbencher, further accused Dunkley of failing to rise above political posturing.

Dunkley said he had accepted Crockwell’s resignation “with regret”.

Other OBA members of parliament, meanwhile, pledged their support for Dunkley.

Crockwell said that he would stay with the OBA because he feared for the stability of the country if the ruling party loses numbers. The OBA ousted the Progressive Labour Party in the general election of 2012, but only narrowly, winning by 19 seats to 17.

“This issue is reflective of the inability of the Government to listen and to appropriately gauge the temperature of the community, to understand the frustration and lack of trust that has been created.