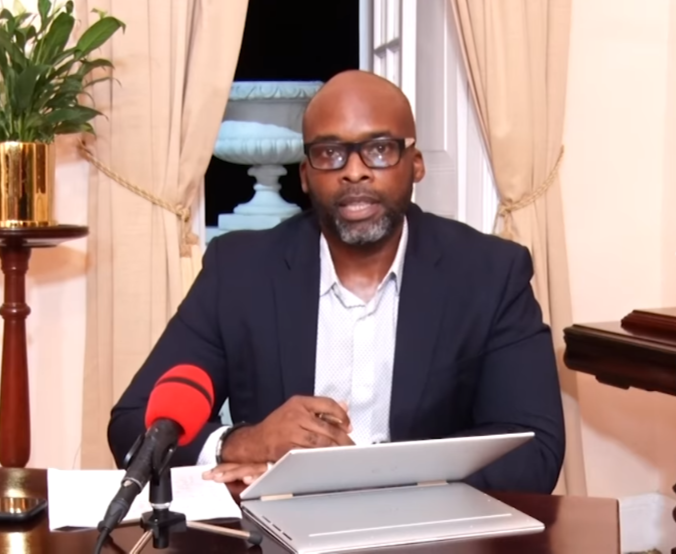 The largest COVID-19 outbreak in Barbados, linked to a super spreader Boxing Day 2020 event, has been described as a seismic shock to the health system.

Senior Medical Officer of Health, Dr. Anton Best, providing a statistical update during a press conference on the weekend, said the outbreak from the December 26 Bus Crawl attended by a large number of prison officers and law enforcement officers, as well as civilians, had put pressure on the system.

“We had systems in place that were working for many, many months, but with this massive outbreak of nearly 200 cases in one day in one 24-hour period that we detected, it really put a significant strain on our systems, and in some cases, some of our systems that were working before broke down,” he explained.

However, Dr. Best noted, the Ministry of Health was in the process of rebuilding and improving systems, and implementing new systems, if necessary, and working continuously to resolve issues.

“Sometimes the tests are positive, but they haven’t been validated. And then there are other reasons for tests being pending – simply not having been conducted,” he explained.

The latest statistics show that as of Sunday afternoon, the total number of cases recorded in Barbados since the virus reached the island’s shores had risen to 878, more than double the 395 on record at the start of the year.

“In terms of the clusters that we’re looking at, at the prison, we have 56 staff or 17 percent of the staff population being COVID positive and 137 inmates or 18 percent of the inmates being positive,” Dr. Best disclosed.

Additionally, he said of the prison situation: “We have 37 cases associated with this cluster in the community. So, when we add the 137 inmates and 56 [staff], that’s the entire population of persons related to the prison, but then they are linked to 37 cases in the community.

“Related to this outbreak or cluster is the bus crawl, which has 14 cases. And then we have on the West Coast, we have 67 cases in that particular cluster. And I also have to note that there are small clusters that we have not yet fully defined, but there are many small clusters out there, contributing to the large outbreak that we experienced just over a week ago.”

The Senior Medical Officer of Health noted that overall the numbers were trending down, but warned: “we’re not out of the woods yet”.

Stating that vigorous contact tracing efforts were continuing, he added: “And we’ve made significant headway, but please appreciate that this is a very intense and laborious process, and it’s going to take us time to fully outline the clusters and the index cases and to have a solid idea as to how this outbreak started in Barbados that we did not anticipate beyond our wildest dreams.”