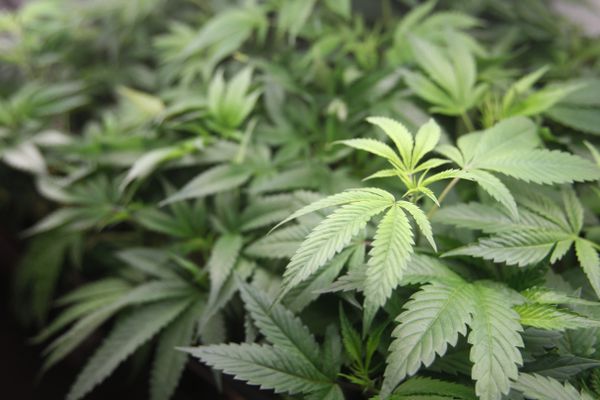 BRIDGETOWN, Barbados, CMC – The Barbados government has promised to give members of the Rastafarian movement at least 60 acres of land for its members to grow marijuana legally.

Agriculture Minister Indar Weir, speaking in parliament on Friday, is also promising the group that it would play a major role in establishing a medicinal cannabis industry.

Weir said the government has met on numerous occasions with at least two groups representing the Rastafarian community and agreed they would be included in the industry.

“There have been absolutely good cooperation between myself at the Ministry and potential interest groups; I speak to the Rastafarian movement of Barbados.

“I have met with two different groups and I want to make it clear that we have indicated to them that they will be a part of this industry and that every effort will be made to make sure they are included, so we did consult with them,” he said, noting that the latest round of talks this week dealt “how we would go forward and in terms of how we can work together.

“We have already made provisions for them to have access to land as well so that 60 acres of land being made available in Barbados to the Rastafarian community is the first step towards ensuring that they will not be left out of this.”

Earlier this week, the president of the African Heritage Foundation, Paul Ras Simba Rock, urged the Mia Mottley government to allow Rastafarians to use marijuana for religious purposes.

But Weir told legislators that the proposed legislation spoke only to the use of medicinal cannabis.

“I feel the responsibility to make sure that we make it absolutely clear that what we are dealing with here is medicinal cannabis and we ought not to introduce the confusion that most people seem to be going through with regard to what is the decriminalization of recreational cannabis.

“In presenting this to the Cabinet of Barbados, I also raised that we ought to be very, very, clear with this conversation.”

In his presentation on the Medical Cannabis Bill 2019, Weir said that Barbadians would benefit from the establishment of a medical cannabis industry and that any foreign investors interested in becoming involved in the industry would have to allow Barbadians to own 30 percent of its business.

“This is designed to make sure every last Barbadian is given a chance to participate. We’re not just singling out one group, but that every group that has an interest will be part of this industry.

Weir also gave the assurance that the industry would be heavily monitored, with a solid and strict licensing regime. He said licences will be required for cultivation, research and development, laboratory, processing, retail and distribution, import and export and transport.

The bill contains criminal sanctions for misuse of the drug. These include a fine of 15 times the value of the medicinal cannabis, imprisonment of ten years, or both.

Meanwhile, leader of the opposition Democratic Labour Party (DLP), Verla DePeiza, is brushing aside the government’s “conversation” regarding the marijuana industry.

She told the Barbados TODAY online publication, legalization of medicinal marijuana should have occurred as early as the 1970s and cautioned the government to tread carefully as it attempted to dispense its most recent piece of legislation on the matter.

According to DePeiza, any “confusion” on such important parts of the legislation could have dangerous consequences.

“We need to be really clear about what we are intending to do. If at this stage we are only talking about its medicinal purposes, then it needs to be managed by the medical profession. If we are speaking about commercial enterprise, then that is another story,” she added.