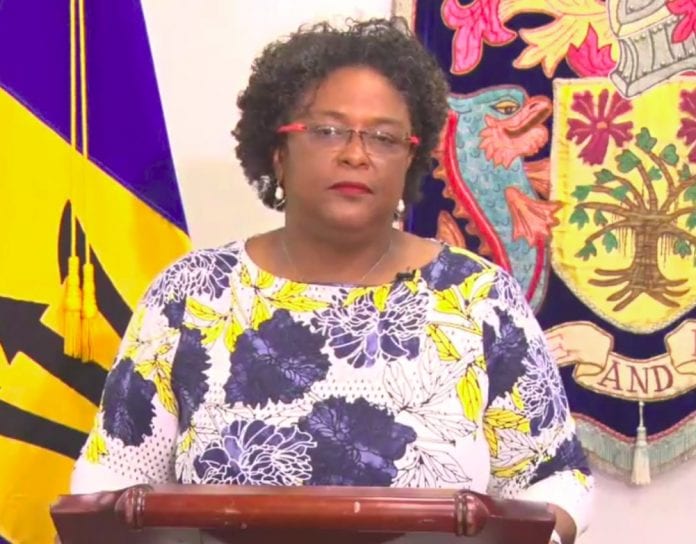 BRIDGETOWN, Barbados, CMC – The Barbados government Tuesday announced plans to provide a hefty reduction in corporation taxes for businesses and urged them to share the benefits with citizens.

Prime Minister Mia Mottley told Parliament her seven-month old administration would reduce the corporation taxes from 25 to as low as between one and 5.5 per cent.

She said this means local businesses will now be operating on a level playing field with their international counterparts following government’s decision to overhaul its tax regime to be compliant with the Organization for Economic Co-operation and Development (OECD).

Mottley said in keeping with a commitment made earlier this year by the former government to remove tax incentives to the international business sector, her administration had decided that the domestic corporate tax rate would be reduced by as much as 20 per cent while ensuring the country is still globally competitive.

She said the OECD’s Base Erosion and Profit Shifting initiative means “it is no longer possible for us to have a preferential regime without incurring severe sanctions.

“Simply put, it is no longer possible to do what we have been doing for 40 years; that is, making a distinction between the taxation of companies operating internationally and those acting locally without there being severe sanctions that will affect our capacity to grow at this challenging time,” said Mottley, adding that while the commitment was ill-timed, it was necessary to follow through for the sake of the country’s reputation.

All businesses taxed on a sliding scale

She said from January 1, 2019 all corporate entities in Barbados would be taxed on a sliding scale. Businesses with taxable income of up to one million dollars (One Barbados dollar=US$0.50 cents) will pay 5.5 percent.  Corporations with taxable income up to BDS$20 million will be charged a rate of 3 percent while those that earn up to BDS$30 million will pay 2.5 percent.

Mottley said that those companies with taxable incomes of more than BDS$30 million will pay one percent.  Currently Barbados’ corporation tax ranges from five to 25 percent. All entities (excluding IP entities) licensed before October 17, 2017 will be grandfathered and in this way all of the benefits enjoyed by these entities will remain.

Mottley told legislators that it came down to either raising international business rates or lowering the domestic rate.  But she made it clear her expectations is the tax cut to local businesses should redound to the benefit of all Barbadians.

Mottley said that the only allowances provided under the Income Tax Act that will be permitted from the fiscal year commencing January 1, 2019 will be annual capital allowances, renewable energy allowances and research and development.

Additionally, tax losses available for offset in an income year will be restricted to 50 per cent of taxable income.

She said all entities may elect to take a credit in respect of taxes paid to a country other than Barbados provided that such an option does not reduce the tax payable in Barbados to a rate less than one per cent of the taxable income in any one year.