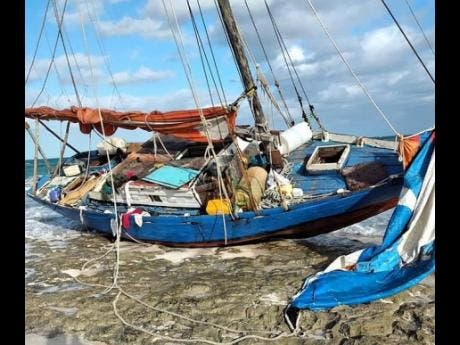 Members of the Royal Bahamas Police Force have arrested and detained 51 Haitian nationals after their vessel landed at Mars Bay, on the island of Andros earlier this week.

The police report that the group of 44 males and seven females were held on Monday.

Immigration officials have since been dispatched to Andros for investigation and further processing of the migrants who are presently being held at the Government Complex, The Bluff.

So far, all migrants have received medical attention from the local Ministry of Health personnel, and are reported well.

In a statement- the Department of Immigration remained the public that it is “committed to carrying out the mandates of our agency to combat illegal migration by establishing effective border control management to ensure compliance with the Statute Laws of our country.”

“We further wish to remind members of the public that it is a criminal offense punishable by law to harbor illegal migrants in the Commonwealth of The Bahamas.”

This latest incident follows another on the weekend in which 45 Haitians were also arrested by the police on Long Island.  The Department of Immigration said that on Saturday, a group of 36 Haitian men and nine women were arrested and detained after their vessel came ashore.