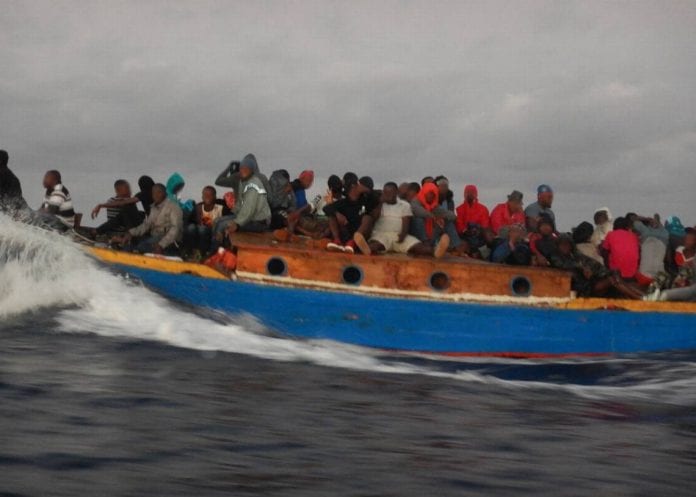 The Royal Bahamas Defence Force (RBDF) said 98 Haitians, including five minors, were apprehended during the exercise.

It said there were also 78 males and 15 Females and that the entire group has been turned over to the Bahamas Immigration Department and escorted to Carmichael Road Detention Center for processing.

The RBDF said that the Haitians are expected to appear in a Magistrates’ Court later this week on charges of Illegal Landing.

The RBDF said that it is committed to carrying out the mandates of to combat illegal migration by establishing effective border control management through pooling resources with other law enforcement agencies to ensure compliance with the Statute Laws of the country.

Despite fatalities and warnings, Haitians brave the dangerous waters to reach the Bahamas which they use sometimes as a stepping stone for illegal entry into the United States.

The RBDF said it has detained more than 400 Haitians since the start of the year.