Assembly of the Organization of Eastern Caribbean States (OECS) to meet in St. Lucia 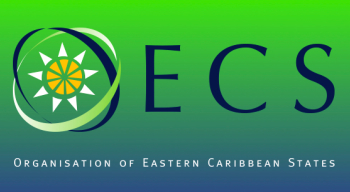 Five years after holding its inaugural meeting, the Organization of Eastern Caribbean States (OECS) will hold its Assembly in Castries, St. Lucia on Saturday, according to an official statement from the St. Lucia-based OECS Commission.

The statement indicated St. Lucia’s Prime Minister Allen Chastanet, who is also the chairman of the nine-member sub-regional grouping as well as “official representatives of the Governments of the OECS Member States,” and parliamentarians will attend the Assembly to be held at the Parliament Building in Castries.

The OECS Assembly is regarded as one of the principal organs of the OECS Economic Union in which parliamentarians, including Opposition legislators from Antigua and Barbuda, Dominica, Grenada, St Lucia, St Vincent and the Grenadines, St Kitts-Nevis, Montserrat, British Virgin Islands and Anguilla, are the principal actors.

While the OECS had agreed that the Assembly may hold meetings in other member states, it has not met since the inaugural meeting in 2012.

Originally, the plan was for the OECS Assembly to meet at least twice per year with the sub-regional leaders being able to request the OECS Assembly, which is a deliberative body, to consider and report on any area of interest to the organization.

Two years ago, OECS Director General, Dr. Didacus Jules acknowledged there is a “big challenge” in scheduling a new meeting of the OECS Assembly since the inaugural event.