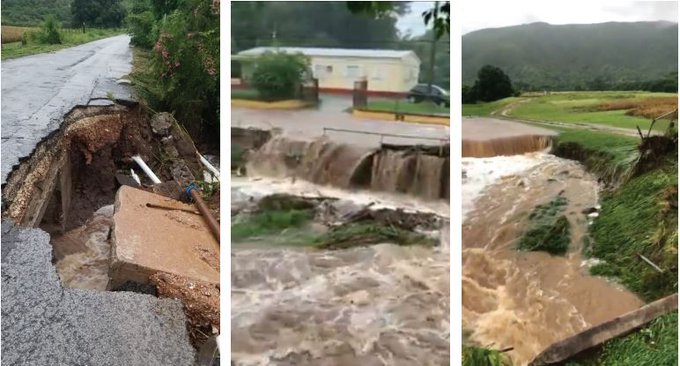 The Antigua and Barbuda government says the island will have to “paddle its own canoe” regarding the estimated EC$160 million needed to finance the redevelopment of the infrastructure damaged by heavy rains over the past few days.

Prime Minister Gaston Browne said his administration is already seeking to raise at least 10 per cent of the funds needed and appealed to motorists and other users of the roads to further bear with his administration.

“People will have to endure with the bad roads for the time being. This is part of the pain one has to endure after a crisis or disaster,” he said.

Browne, who is also the island’s finance minister, said that it is difficult to receive grant funding as well as loans at low concessionary rates.

He said in as far as grant aid is concerned “I want to say that that is almost an exercise in futility.

“In fact, the financial institutions may continue to exclude Antigua and Barbuda from any sort of assistance on the basis of our historically high gross domestic product and our per capita income for that matter and they are not looking at our vulnerability and our needs.

“At the regional level we continue to press for them to adopt the vulnerability index …adopted by the Commonwealth 30 years ago. So in a sense, we have to paddle our own canoe since we have been excluded…for grants and debt relief,” Browne told radio listeners.