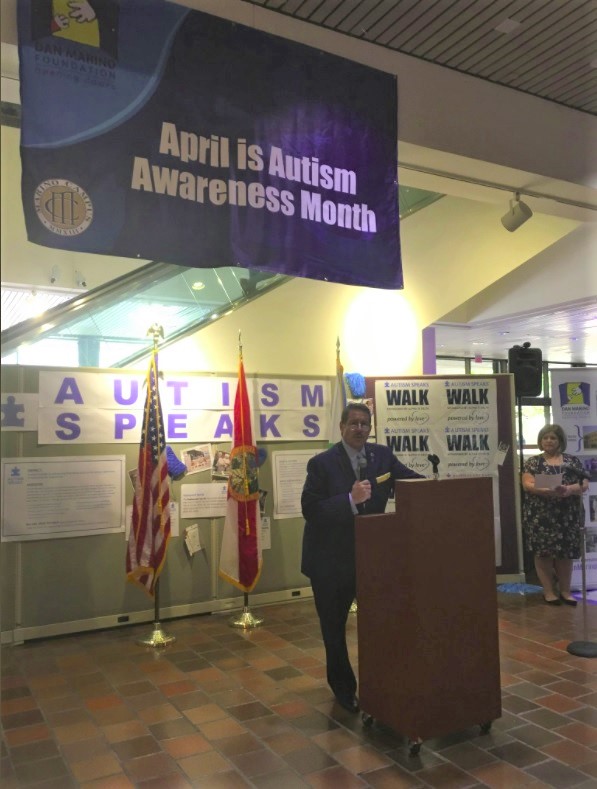 This year’s theme was “Ingredients for Success.” County Mayor Carlos Gimenez, County Commissioners and students from The Dan Marino Foundation’s Miami School – Marino Campus took turns coloring a participatory mural by artist Gabriel “GG” Gimenez that will remain on display in the lobby through the month of April.

“People need to be educated about this disorder, and this display is put together every year to do just that,” Commissioner Diaz said. “We need to work together and continue creating awareness.”

Commissioner Diaz sponsored the 2009 County Commission resolution declaring April as Autism Awareness Month in Miami-Dade County and has been hosting the annual kickoff event every year. The specially designated month is designed to increase awareness about autism and treatment, as well as to encourage early testing for children. According to the Centers for Disease Control, autism is a complex neurobiological disorder that impairs communication skills and social abilities. There is no known cause or cure for autism, which is estimated to affect 1 out of every 68 children born in the United States