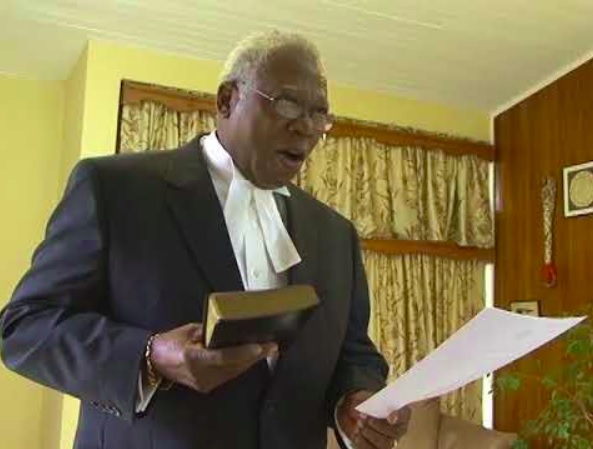 Jamaican born jurist, Franz Parke, has resigned as a member of the Court of Appeal in Belize, more than two months after his appointment as a judge sparked controversy in the country.

A statement from the Belizean Office of the Prime Minister late Monday, noted that it was “in receipt of a copy of a letter sent to the Governor General Sir Colville Young by Justice of Appeal Franz Parke in which he tendered his resignation from the Belize Court of Appeal with immediate effect.”

The brief statement said it “understands that Justice Parke made his decision in order to spare the Court any exposure that a trial on the issue of his tenure would create.”

Opposition Leader, John Briceño, who was among persons opposed to the appointment, has since said he would be withdrawing his claim before the courts on the issue.

The opposition People’s United Party (PUP) in a statement said it was, “grateful that Mr. Parke, in the end, demonstrated the moral fortitude, respect and regard for the Court and the country which, unfortunately, (Prime Minister Dean) Barrow did not.”

The opposition to Parke’s appointment included claims that he had not practiced in the Caribbean since 1980 despite graduating from law school with Prime Minister Barrow in 1975.

Briceño said that Prime Minister Barrow needs now to “start to look for making another appointment, but someone that can meet the qualifications that is expected of a Justice at the level of the Court of Appeal.