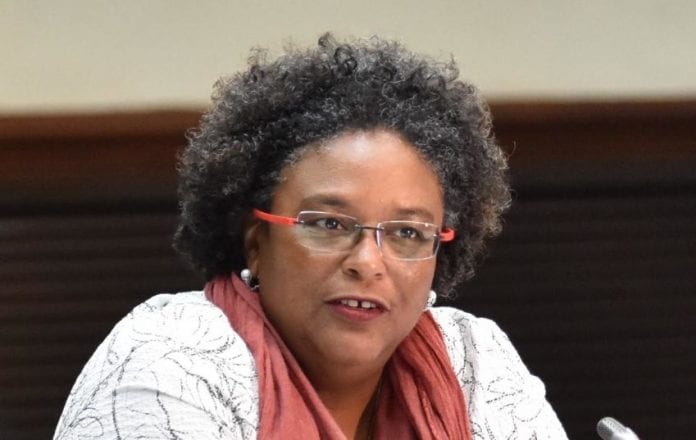 The Atlantic Council’s Caribbean Initiative Assistant Director Wazim Mowla will provide testimony at the Congressional hearing, “When Banks Leave: The Impacts of De-risking on the Caribbean and Strategies for Ensuring Financial Access,” on Wednesday, September 14 at 10:00 am (ET).

The hearing comes on the heels of a multiyear project by the Caribbean Initiative, which convened a Financial Inclusion Task Force (FITF) in 2021 to analyze the causes and effects of the withdrawal of correspondent banking relations – also known as de-risking – on Caribbean economies and provide actionable recommendations that support regional development and safeguard US interests and national security.

International financial institutions frequently cite the Caribbean as the region most affected by de-risking, with some countries losing more than 40 percent of their correspondent banking relations over the past decade and 21 countries losing at least one relationship during this period. De-risking in the Caribbean also has adverse effects on US interests by providing an opening for shadow banking and a role for increased Chinese RMB usage and limiting US economic influence with its Caribbean neighbors.

Wazim Mowla’s testimony builds on the findings of the Task Force, which were outlined in a March 2022 Atlantic Council report, Financial De-risking in the Caribbean: The US Implications and What Needs to be Done. The report found that de-risking is cutting Caribbean countries off from global finance and that it is a constraint on remittance flows, the tourism and travel industry, and a barrier to foreign investment, trade, and access to international credit.

Following the report’s launch, Mowla and Jason Marczak, senior director of the Adrienne Arsht Latin America Center, participated in the financial access roundtable this year held in Barbados at the invitation of chairwoman of the US House Financial Services Committee Maxine Waters. Marczak and Mowla presented and received substantial support for the report’s recommendations from nine Caribbean Community (CARICOM) heads of government.

“The consequences of de-risking are not just felt by governments and financial institutions but by the average Caribbean citizen,” said Marczak, who directed the Initiative’s FITF. “Collecting remittances, buying goods and services for local shops, and receiving bank loans to start new businesses are all affected by de-risking. We launched the Caribbean Initiative within the council’s Adrienne Arsht Latin America Center to tackle these critical issues. We are committed to advancing financial inclusion and prosperity across the Western Hemisphere.”

The hearing comes during a period of strengthening US-Caribbean relations, exemplified by recent US commitments to the Caribbean at this year’s Summit of the Americas and the Congressional delegation led by Chairwoman Waters to Barbados.

“It is important that newly announced policies and visits to the region are turned into legislative action,” said Wazim Mowla. “Correspondent banking is vital and necessary for the Caribbean to capitalize on recent US support. This includes accessing development finance to build climate-resilient infrastructure and securing US private sector investment to build energy security. Addressing de-risking and the outcomes from the hearing can be a first, tangible step in the right direction.”

The hearing, “When Banks Leave: The Impacts of De-risking on the Caribbean and Strategies for Ensuring Financial Access,” takes place Wednesday, September 14 at 10:00 am (ET). The hearing will begin with testimony from Mia Amor Mottley, prime minister of Barbados. More information and a link to the hearing can be  found here.