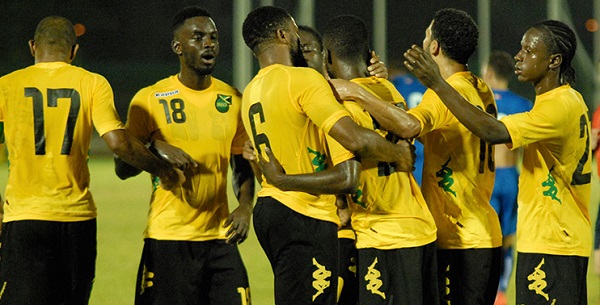 Jamaica’s Reggae Boyz pulled off a 1-0 win over Honduras in their friendly encounter at the BBVA Compass Stadium in Houston, Texas on Thursday night.

The Jamaicans took the lead through a 71st minute strike from substitute Damion Lowe.

The Jamaican team soaked up intense pressure from their Central American counterparts in the first half but came into their own in the second stanza. They were justly rewarded when Lowe, who had entered the fray minutes earlier, tapped home.

The Jamaicans could have gone even further ahead as Lowe missed two glorious chances late in the game.

The win was the first for the Jamaicans in four outings against Honduras.