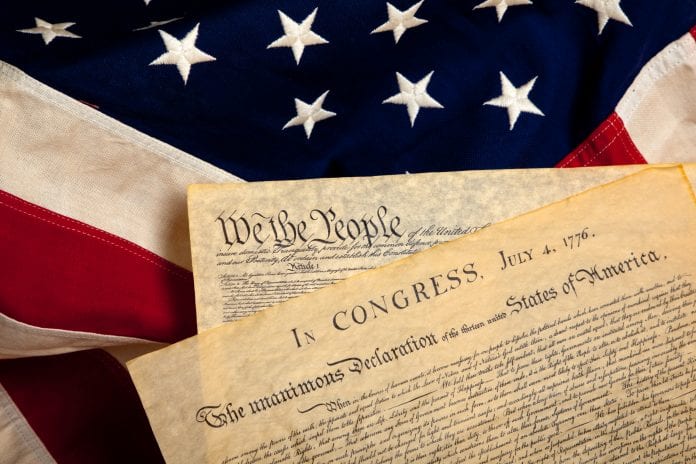 The 14th Amendment to the Constitution was ratified

On this day in history, July 28, 1968, the 14th Amendment to the United States Constitution was ratified. The amendment granted citizenship to “all persons born or naturalized in the United States” which included former slaves who had been freed after the Civil War. Unsurprisingly, the amendment was rejected by some of the Southern states but was ratified by the required three-fourths of the states and officially adopted into the U.S. Constitution..

This became known as the “Reconstruction Amendment,” forbidding any state to deny a person “life, liberty or property, without due process of law” or to “deny to any person within its jurisdiction the equal protection of the laws.”

Two years after the Civil War, the Reconstruction Acts of 1867 divided the South into five military districts, where new state governments, based on universal manhood suffrage, were to be established. Thus began the period known as Radical Reconstruction, which saw the 14th Amendment, which had been passed by Congress in 1866, ratified in July 1868. The amendment resolved pre-Civil War questions of African American citizenship by stating that “all persons born or naturalized in the United States…are citizens of the United States and of the state in which they reside.” The amendment then reaffirmed the privileges and rights of all citizens, and granted all these citizens the “equal protection of the laws.”

During most of the first half of the 20th century, the “separate but equal” doctrine served as a measure to justify segregating many public facilities between white and black citizens. This separation included railroad cars, hospitals and schools in the Southern regions and other likeminded areas. In 1954, the court unanimously struck down Plessy v. Ferguson in its Brown v. Board of Education of Topeka ruling.

Trinidad Back On Lockdown After Surge in COVID-19 Cases