Jamaicans serve up some Volleyball for the Olympics 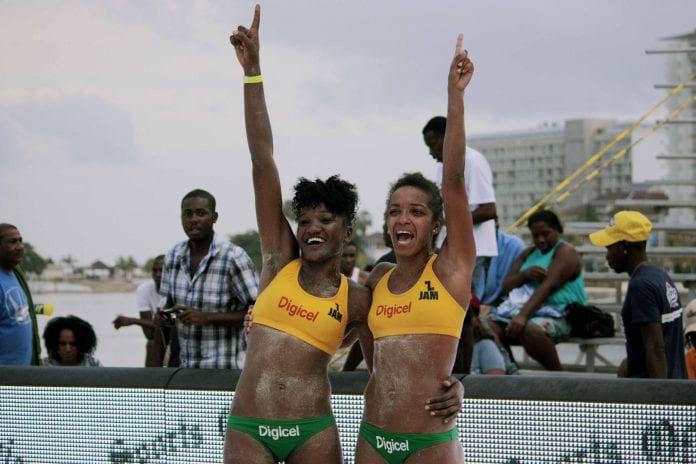 Wright and Perry prepare to take on Rio

Jamaica’s female beach volleyball player, Kai Wright, believe their passion and determination will help with their plans to conquer in the Olympics held in Rio this summer.
With her partner Danielle Perry living in Florida, regular practice for the duo is not possible and tournaments like these play an important role in their preparation helping them gain practice and experience.

“The main purpose was to prepare for the third round of Olympic qualifiers, get selected for the Pan Am Games, get practice, see other teams and get some experience going into the third round,” said Wright. “The tournament was very challenging. Every team played us competitively because we were the underdogs. Nobody expected anything from us, much less to get a big placing, so they came at us really hard. But we played real hard, worked together and achieved fifth place and it shows the passion we have for the sport.”
The pair will travel to the Casova Women’s Beach Volleyball Olympic third round qualifiers in El Salvador next week. Attending a camp with the overseas players training every day, two times a day, Team Jamaica is preparing for the third round and will be ready mentally and to reach the Olympics.

“We have one week before we leave for the third round and we’re looking to qualify and put Jamaica on top. We want to pave the way for the younger volleyball players, so we will work hard, play hard and qualify for the Olympics,” Wright promised.