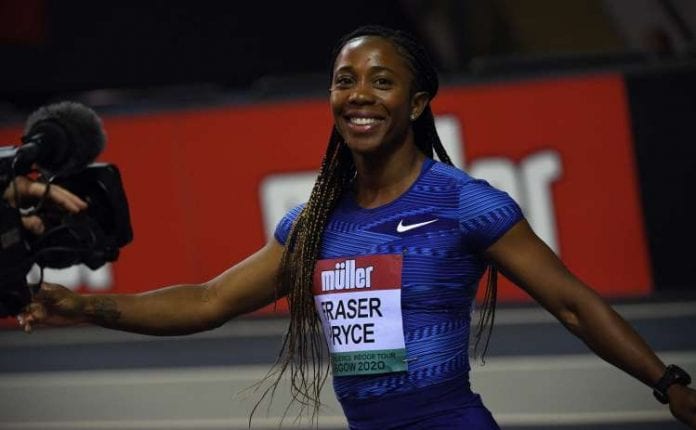 The 33-year-old Sprinter won the 60m event in 7.16 seconds ahead of the World indoor champion, Ivorian sprinter Murielle Ahoure.

Natasha Morrison, the other Jamaican in the field, finished 3rd in 7.30 while world youth 200m record-holder Amy Hunt of Great Britain took 4th place in 7.36.

It was the second outing this season for 10-time world champion and double Olympic champion Fraser-Pryce – an athlete with the joint fifth-quickest 60m time in history with 6.98. She opened her season a week ago at the Milo Western Relays at GC Foster College at Angels, St Catherine when winning a specially organised outdoor 60m in 7.32.

Fraser-Pryce is gearing up to contest the double– the women’s 100m and 200m at this summer’s Tokyo Olympics. The sprinter has said that Tokyo will be her last Olympics and thus, she is setting her sights on achieving the gold in both events.