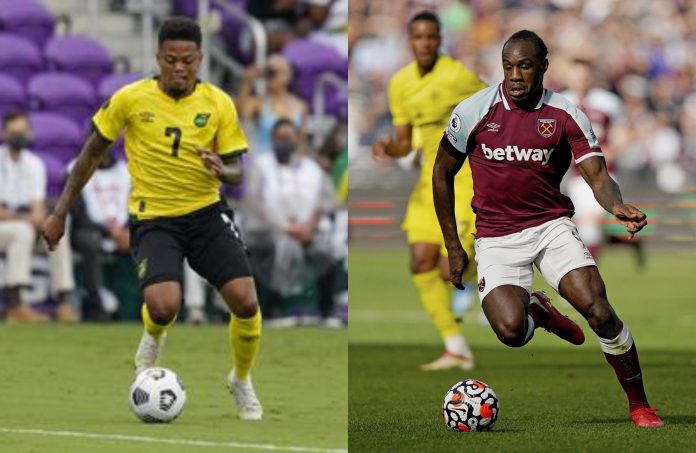 Jamaican winger Leon Bailey, a summer signing at Aston Villa, could be in line for his first English Premier League start of the season against West Ham United on Sunday – and is set to face his Reggae Boyz team-mate Michail Antonio.

UK-born Antonio, 31, has been in glorious form, netting six times in the league for the Hammers already this term, but was rested in mid-week when the Londoners knocked out holders Manchester City in the Football League Cup.

Bailey returned from injury last week, coming on as a half-time substitute in a 3-1 defeat against Arsenal.

Injury has prevented the 24-year-old from starting in the league since he completed a £30 million (US$41.3 million) move from German club Bayer Leverkusen and he has been limited to just 131 minutes of football so far this campaign.

But that has not stopped Bailey from making an impact, having been involved in three goals, scoring once and providing two assists.

Bailey introduced himself to Villa fans with his first goal for the club in the 3-0 win over Everton back in September as a second-half substitute before he was forced off with an injury that sidelined him for the following three league matches.

He made his comeback from the injury against Arsenal, providing an assist for Jacob Ramsey’s 82nd-minute strike in the defeat.

His performances have led to calls from Villa fans for him to be handed his first start of the campaign for the visit of West Ham.

West Ham assistant manager Stuart Pearce has said the Hammers will not get carried away ahead of Sunday’s clash.

The Hammers go into the game having had a successful start to the season in all competitions, sitting in fourth place in the Premier League and having won all three of their Europa League games so far.

Things got even better on Wednesday night when they became the first club to knock Manchester City out of the League Cup in four years, emerging 5-3 winners in a penalty shootout after a 0-0 draw at the London Stadium.

While West Ham goes into Sunday’s game full of confidence, it is a different story for Villa, who will look to halt a run of three straight defeats in the Premier League.

While the Hammers were in action this mid-week, Villa’s exit from the competition against Chelsea earlier this season means manager Dean Smith has had all week to prepare for the game.

A win over David Moyes’ side will take 13th-placed Villa within four points of the Hammers in the table.