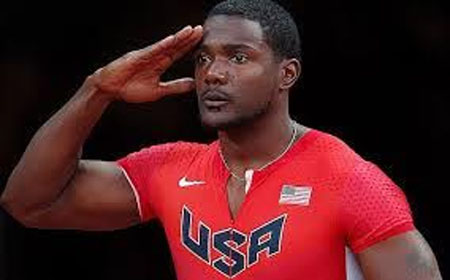 Reigning World Champion Justin Gatlin, of the US, has admitted he was desperate to get a win over recently retired Jamaican track legend Usain Bolt in order to bring more respectability to the rivalry between the pair.

Justin Gatlin played the role of spoiler at this year’s London World Champions, a swansong for the sprint king, who announced his retirement shortly after.  It wasn’t the farewell most envisioned, however, as an out of sorts looking Bolt finished in third spot behind Gatlin and his compatriot, rising star Christian Coleman.  In the process, Gatlin handed Bolt his first defeat in a global final in 10 years.

In 12 career finals, however, Gatlin has won just twice, the other coming at the 2005 World Championships when Bolt was just a teenager.

Wanted to leave a winner

“I didn’t want to leave that arena and not be a winner, and go down in history as Frazier to his Ali. I wanted us to have a sort of mutual respect for each other. We’re both runners, both are winners, and we can both be champions,” Justin Gatlin told USA Today.

The American’s unexpected win, however, prompted a torrent of boos from the disappointed fans in London, perhaps echoing the sentiments of many around the globe.