Soccer fans in South Florida are cautiously optimistic as Caribbean teams Curacao and Jamaica, the Reggae Boyz, seek to create history in the CONCACAF Gold Cup which kicks off on Friday, July 7, at the Bruce Arena Stadium in New Jersey.

The Curacao team are riding high following their first ever Scotiabank CFU Caribbean Cup tournament victory at the Stade Pierre Aliker stadium, in Martinique at the expense of the Reggae Boyz two weeks ago. The Dutch speaking team won on the back of a brace from Elson Hooi who should be shouldering much of the responsibility for his team.  Curaçao has not featured in CONCACAF’s Gold Cup tournament for 44 years.

Both Curacao and Jamaica are drawn in Group C and will go up against CONCACAF powerhouse Mexico and El Salvador. The two teams will bow into action on July 9.

The Jamaicans best showing has been a second place finish after being beaten 3-1 by Mexico in the 2015 finals of the tournament.

The CONCACAF tournament features a total of 12 teams split into three groups of four. After a round robin that will see each team play three games, the top two teams of each group, along with the two best third-place teams will advance to the knockout stages, which culminates with the final which will be held on July 26 at Levi’s Stadium in San Francisco. 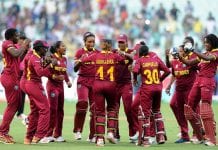 Women’s World Cup Pushed Back Until 2022 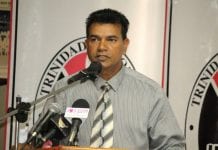 Expectations Were too Lofty for Struggling Windies: Ragoonath