Jamaica crushed Leeward Islands to lift the Women’s T20 Blaze after defending champions Barbados suffered a shock upset to Trinidad and Tobago in a dramatic final round at the Guyana National Stadium here Tuesday.

Barbados appeared to have one hand on the trophy after trouncing Jamaica in the battle of the only two unbeaten teams in Sunday’s penultimate round, to take sole possession of the lead.

However, while Jamaica pulled off a 124-run victory in an utterly dominant performance in their final fixture, Barbados slumped to a 19-run defeat – both teams ending on 16 points.

“After seeing Barbados losing to Trinidad, we were wondering what was the calculation [of net run rate],” captain Stafanie Taylor said.

“But I just said to the players, let’s go out there [and] if we do win the toss, bat first, post a big target, and at least we know that’s something we could control.”

Jamaica executed perfectly, gathering a tournament-high 170 for five off their 20 overs with West Indies batsman Natasha McLean blasting 83 from 54 balls with nine fours and three sixes and Taylor, 56 off 51 deliveries with five fours.

The pair added 145 for the second wicket after Rashada Williams was run out for six in the fourth over with only 11 runs on the board.

McLean perished in the penultimate over, holing out to a brilliant running catch at long-off by Rozel Liburd off medium-pacer Saneldo Willett (2-31) while Taylor followed two balls later in the same over, tugging a catch to mid-wicket.

In reply, the Leewards’ challenge never got off the ground, restricted to 46 for three off their 20 overs.

The real drama had earlier unfolded in the Barbados game when the leaders unexpectedly faltered in their pursuit of an ordinary target of 109.

Even despite losing captain Hayley Matthews cheaply for 18, Barbados still looked excellent bets to pull off the run chase at 64 for three after 13 overs with Aaliyah Alleyne (26) and Kyshona Knight (23) at the crease.

However, T&T captain and veteran West Indies off-spinner Anisa Mohammed (3-11) turned the game on its head in the 14th over when she trapped Knight lbw and three balls later, removed Naijanni Cumberbatch without scoring, to a catch at short mid-wicket.

The inning was tottering on 77 for six at the start of the penultimate over and the 32 runs required for victory proved out of Barbados’ reach.

T&T had earlier rallied to 108 for seven thanks to Rachael Vincent’s 22 not out and Britney Cooper who also made 22, while Mohammed chipped in with 20.

With T&T slumping at 72 for five in the 14th over, Mohammed and Vincent put on a crucial 34 for the sixth to inject momentum into the innings.

“I thought we had a really good all-round performance to come out and score 108. I thought we did really well after reshuffling our batting order,” said Mohammed.

“Credit must also be given to our bowlers – I thought we bowled really well to the Bajans and even in the field we had a good day.”

In the other T20 Blaze game, hosts Guyana chased down 86 to beat the Windward Islands by six wickets, with West Indies stroke-maker Shemaine Campbelle finishing unbeaten on 29 from 30 balls.

Left-arm spinner Kaysia Schultz had earlier taken three for 13 to restrict Windwards to 85 for seven off their 20 overs.

T&T finished third in the standings on 14 points, Guyana ended fourth on ten points while Windwards was one from the bottom on four points.

Leewards failed to register a single point after losing all five games. 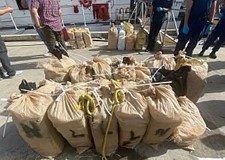 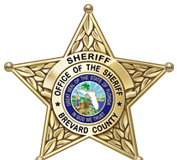 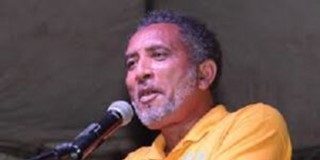