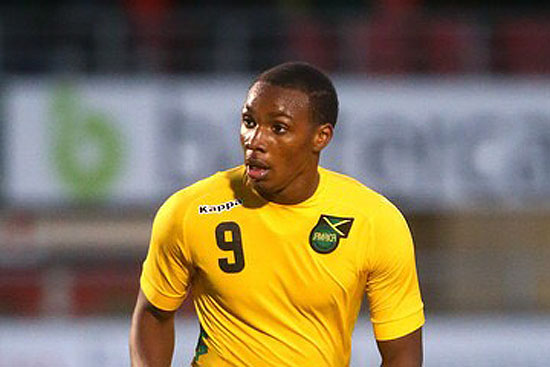 Jamaican forward Michael Seaton has returned to the Jamaica set-up for the first time in almost two years, after being named in a 20-man soccer squad for next weekend’s international friendly against Saudi Arabia in the rescheduled venue of Jeddah.

Seaton, 21, who plies his trade in Israel, made his debut in 2013 but has not played with the Reggae Boyz in recent times.

“I am very excited. I have worked very hard and to be back in the national team is a dream come true for me,” said Seaton, who has represented a plethora of clubs in his short career.

“I have ensured to stay focused, and my hard work in Israel has certainly paid off. I vow to keep up the intensity and have no distractions. It is a tough game against Saudi Arabia, but we can get a good result once we play together.”

Seaton will be joined by free-scoring United Soccer League-based Romario Williams who has netted 15 goals already this season for Charleston Battery.

The 23-year-old was in decent form during the CONCACAF Gold Cup, scoring in the winning goal in the quarter-final against Canada as one of two goals in the tournament.

Namesake Devon Williams, who played his first international in seven years against Canada last month, has also retained his place in the midfield.

Michael Seaton and the Williams duo are three of 10 overseas-based player named in the 20-man squad by head coach Theodore Whitmore.

The venue for Saturday’s football was originally the King Fahd International Stadium, also called Pearl of Stadiums, in Riyadh, Saudi Arabia. However, on Monday it was announced the game has been rescheduled to be played in Jeddah, a port city on the Red Sea.

For more about the Reggae Boyz visit the link: https://www.caribbeannationalweekly.com/sports/jamaica-show-positives-despite-soccer-loss-canada/