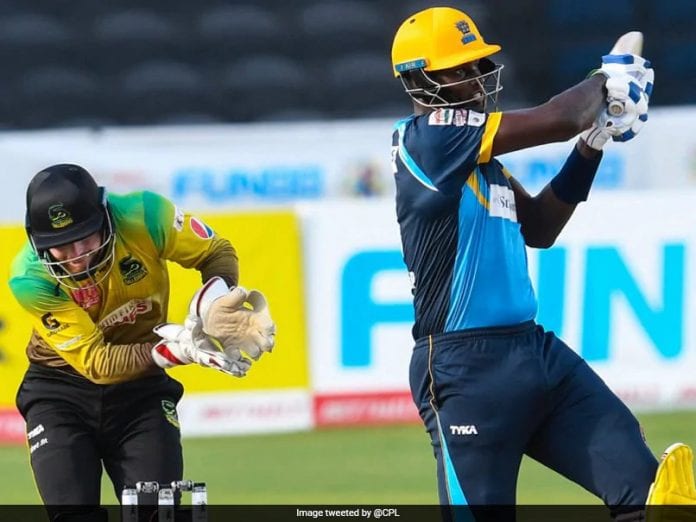 Captain Jason Holder lashed a tantalising half-century as deposed champions Barbados Tridents ended an otherwise dismal campaign on a high note, when they brushed aside Jamaica Tallawahs by seven wickets on Saturday.

Already eliminated thanks to six defeats in their previous nine outings, Tridents played with confidence to chase down a tricky 162 at the Brian Lara Stadium, reaching their target with 10 balls to spare.

Holder shone with 69 off 42 deliveries, slamming nine fours and three sixes to pull his side around from a dodgy position of 17 for two in the second over.

When he perished in the 13th over, Tridents were still well short of victory but left-hander Jonathan Carter, promoted to open, struck an unbeaten 42 while New Zealander Mitchell Santner continued his good form with a cameo unbeaten 35 to see their side home.

Earlier, Jermaine Blackwood carved out a stroke-filled 74 and Andre Russell blasted 54 as Tallawahs reached 161 for four off their 20 overs after opting to bat first.

Blackwood provided Tallawahs – already qualified for the semi-finals – with an explosive start, stroking five fours and four sixes in a 69-ball knock.

More importantly he inspired an opening stand of 51 with Glenn Phillips (17) and also added 38 for the second with Asif Ali who made five.

Phillips was removed in the eighth over by a brilliant catch at deep cover by Keon Harding off left-arm spinner Joshua Bishop and Asif edged a cut behind off leg-spinner Hayden Walsh in the 13th over at 89 for two but Russell arrived to keep the tempo going.

He put on a further 37 for the third wicket with Blackwood before dominating a 35-run stand with Rovman Powell (five not out).

All told, Russell pummeled four fours and five sixes to mark his third half-century of the tournament before falling to the penultimate ball of the innings, stumped off leg-spinner Rashid Khan.

When Johnson Charles chopped on the first legitimate delivery of the innings from speedster Oshane Thomas following two wides, Tridents once again appeared destined for a miserable showing.

And Shamarh Brooks’s dismissal in the next over, bowled by a beauty from left-arm seamer Preston McSween for five, only seemed to confirm those fears.

But Holder took the game away from Tallawahs with a brilliant counter-attack, adding a precious 90 for the third wicket with Carter, who struck four fours in a patient 44-ball innings.

Leg-spinner Sandeep Lamichhane gained a fortunate lbw verdict against the free-hitting Holder but any hopes of a Tallawahs comeback were then ended as Carter and Santner posted 58 in an unbroken fourth wicket stand.

The left-handed Santner in particular took the sting out of Tallawahs, belting three fours and two sixes in a sparkling 21-ball cameo, ending the contest by launching seamer Carlos Brathwaite over long on for six.