Guyana left-hander Shimron Hetmyer has been appointed captain of the West Indies Under-19 squad which will do battle in the ICC Youth World Cup starting next month in Bangladesh.

Hetmyer, who has played six first-class matches for Guyana Jaguars, is one of two players in the squad with first-class experience — the other being Leeward Islands Hurricanes fast bowler Alzarri Joseph.

Selection chief Clive Lloyd said he was confident the squad would do the Caribbean proud among international opposition.

“We have put together a group of players we believe will perform for the West Indies,” the legendary former West Indies captain said.

Hetymer, a free-scoring top-order batsman, will be making his second appearance in the Under-19 World Cup after also campaigning in the 2014 tournament in the United Arab Emirates.

Prior to the start of the Under-19 World Cup, the Young Windies will take on Bangladesh in a three-match 50-over series in Dhaka which will form part of their preparation. 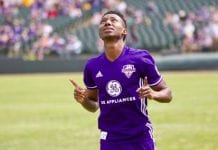