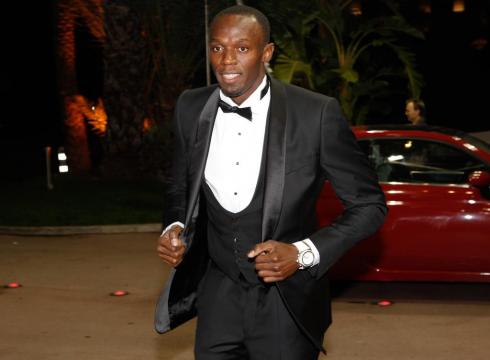 Despite clocking pedestrian times in his two races this season defending 100-meters world champion Usain Bolt has expressed confidence in his ability to win a fourth blue-ribbon title in London next month.

The Jamaican was speaking at a press conference in Monaco on Wednesday prior to his 100 meters race at the Monaco Diamond League meeting on Friday. This will be his final warm-up race before the IAAF World Championships in London starting August 4.

“I am always expecting to win. If it’s one thing you know about me I am always confident,” said the world-record holder. He is yet to break 10 seconds this season after runs in Kingston on June 10 and Ostrava on June 28.

Notwithstanding the slow times, the sprint King believes he will be ready to take on the world as he has successfully done in the past decade.

“The moment you start having doubts it doesn’t make sense you show up at the line. For me, it’s all about winning. I am not worried about world records. I have it already so no stress.”

Bolt, who has won 11 World Championships gold medals during his illustrious career spanning 15 years, said his goal in London this summer is a simple one.

“My main aim is to just to win. I want to retire on a winning note. That has always been the goal throughout my career, just to continue dominating and to continue winning,” he said.

To face off with Omar McLeod

Bolt will line up in Monaco against compatriot, Olympic 110-metre hurdles champion Omar McLeod. The hurdler is the only one in history to go below 10 seconds in the 100m and 13 seconds in the sprint hurdles. Bolt will also take on the likes of South Africa’s Akani Simbini who boasts a season’s best 9.92, Great Britain’s Chijinduh Ujah, and the USA’s Isiah Young and Christopher Belcher, all of whom have broken the 10-second barrier this season.