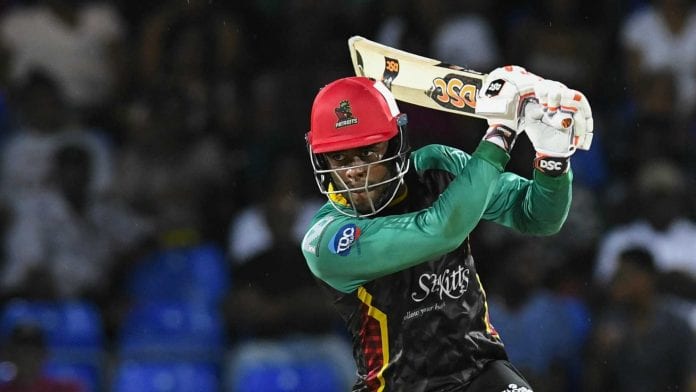 PORT OF SPAIN, Trinidad – A missed flight has cost West Indies all-rounder, Fabian Allen, his place in the Caribbean Premier League starting this month, and dealt a severe blow to St Kitts and Nevis Patriots’ chances in the competition.

Reports said the 25-year-old, who has played 13 Twenty20 International and 14 One-Day Internationals, failed to make the flight from his native Jamaica to Barbados where players and officials gathered last week for their charter flight to Trinidad.

Once Allen missed the flight, there was no other way he could reach Trinidad since the country is closed to regular commercial air traffic.

Allen is one of four players who will now miss the Patriots campaign after fellow Jamaican Dennis Bulli, South African Rassie van der Dussen and the United States’ Sunny Sohal were all forced out for varying reasons.

In the absence of the quartet, Patriots have been only able to draft in three players as replacements with Trinidad and Tobago leg-spinning all-rounder Imran Khan, Leeward Islands wicketkeeper Jahmar Hamilton and New Zealander Nick Kelly all called up.

Patriots also had their coaching staff ruled out for the tournament after Australian head coach Simon Helmot tested positive and his assistant Malolan Rangarajan became unavailable because of his Indian Premier League commitments to Royal Challengers Bangalore.

All players, officials and administrators were tested before leaving their respective jurisdictions and again on arrival in Trinidad and CPL’s tournament operations director, Michael Hall, said the protocols established by organisers had been a success.

“These withdrawals are a sign of the testing protocols that CPL put in place working as they should, and while it is disappointing for the players and coaches involved it is vital that CPL does nothing to compromise the safety of all those involved in the tournament and the public of Trinidad,” Hall explained.

“There have been other changes to the squads and support staff as a result of other logistical challenges with the difficulty of travelling at the current time.”

Patriots will boast the likes of Australian Chris Lynn and Ben Dunk, along with West Indies fast bowlers Sheldon Cottrell and Alzarri Joseph for the tournament which bowls off August 18 and concludes September 10.

The franchise has never won the CPL, finishing fourth last year after bowing out at the playoff stage.