Sprint legend Usain Bolt was awarded the President’s Award on Friday at the IAAF awards In Monaco. Bolt, who earlier this year retired from track and field athletics, was recognized for his outstanding performances and contributions to the sport over the past decade. During his illustrious career Bolt won four gold medals at the 2008, 20012 and 2016 Olympics, and ruled as World Champion in the 100 and 200 meters. 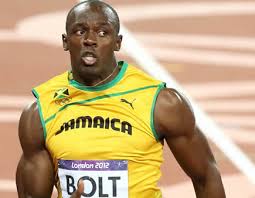 High jumper Mutaz Essa Barshim of Qatar and heptathlete Nafissatou Thiam of Belgium were named the IAAF’s world athletes of the year, after each won world titles in London this year.

The 26-year-old Barshim completed an undefeated season across 11 competitions and won the Diamond League title. He became the first high jumper in history to leap 2.40 meters or higher in five successive years.

The 23-year-old Thiam opened the year by taking the European indoor pentathlon title then she climbed to third on the heptathlon all-time list with a performance of 7,013 points at a meeting in Gotzis, Austria, in May.

“I’m particularly excited by the young generation of talent which so dramatically came of age on the world stage in 2017. Athletics looks forward to a strong and exciting future safe in your hands,” said IAAF president Sebastian Coe.

The President’s Award given to eight-time Olympic gold Bolt, who retired after taking bronze in the 100 meters at worlds, “recognizes and honors great service to athletics.”

Pfizer Seeking Emergency Use of its COVID-19 Vaccine in US