Krystal Permanan, 31, was born in Trinidad and migrated to Miami in South Florida at the age of 10.

After graduating from high school she focused on a wide path of higher education in various fields between Florida State University (FSU) and Florida International University (FIU).  At FSU she gained an Associate Degree in Communication, then attended FIU where she gained the Bachelor’s Degree in Journalism; an Executive Master’s Degree in Public Administration; and a Management Certificate in Human Resources Policy.

After graduating from FIU, she decided to pursue a career in public service convinced that public service “gives me an opportunity to make a difference, which contributes directly to the public good.”

In 2012, she joined the Consulate General of the Republic of Trinidad and Tobago in Miami. She currently holds the position as Communications and Research Officer and considers her career as very fortunate, offering her the chance to directly serve her country while residing in another. Moreover, her job affords her the opportunity to “maintain and manage the reputation of Trinidad and Tobago and engender goodwill between the Consulate, local and international markets.”

A special memorable moment in her career was being a team member assisting Trinidad and Tobago’s former Consul General and former Ambassador during their three-day mission throughout Miami. The officials addressed the community about existing business opportunities in key industries in Trinidad and Tobago.  Following this mission, her written report titled, “T&T Ambassador Meets with Top Miami Executives” was featured in the Trinidad and Tobago Guardian Newspaper.

For the youth in the Diaspora, she advises that although the public sector can be a rigid field guided by harsh rules, regulations and politics, “what will set you apart is the teachings of your Trinbagonian roots to treat everyone with love, compassion, and at times, empathy.  We serve human interests, and we’re all humans, after all.”

“Being born and raised in Trinidad and Tobago is the backbone of who I am.  It has influenced the way I approach my career/profession by wanting to be a public servant who navigates through the challenges of today with integrity and respect.  In Trinidad, we regard our neighbors as family. These are values which cannot be bought or taught; but can only be acquired naturally from being a Trini.” 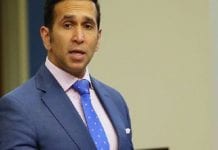 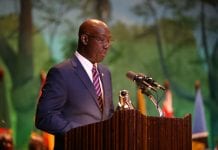 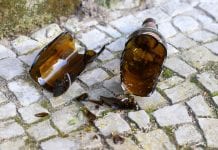