Inspiration can come from the smallest and most unlikely things. Yanique Otto got her motivation for the career she enjoys so much from a television show.

“I chose law because I see it as an opportunity to serve the needs of my community, while at the same time ensuring a good living for myself and my family. I used to watch a lot of Law and Order and Matlock, and I just believed I could do that too!”

Born and raised in Jamaica, Otto attended Utech and University West Indies before migrating to the United States in 2002 leaving her brother and parents.

Otto came to the U.S with a goal to be the best she could and that she did. She has a Bachelors of Arts in Psychology, Masters of Science in Clinical Psychology, a Juris Doctorate in Law, and is a member of the Florida Bar with a Certification in Family Law from the Florida Supreme Court.

The mother of one says her most memorable moment as an attorney was helping a father to spend time with his 4 year old son after he and the mother broke up.

“He had the child outside wedlock, and the mother refused to allow him timesharing. He tried to represent himself in court and was not having success establishing paternity, due to some legal hurdles he did not know how to overcome. I believe both parents should have equal rights to timesharing, regardless of what happened between them, so helping him achieve this was exhilarating!”

Yanique is creating a name for herself by creating a site called PeacefulDivorce.com We help people to navigate their divorce processes without need for court intervention.

“This initiative makes me especially proud, because many times individuals believe that the only way to complete a divorce is through a combative process of litigation. This helps the clients same money and time, and most importantly, reduces the emotional stress which can be associated with the divorce process.” 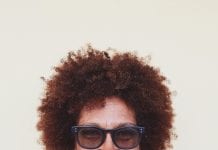 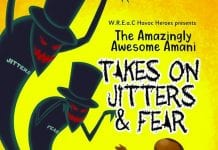