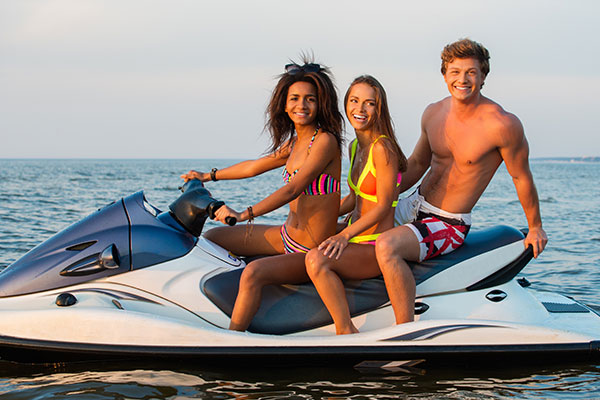 The United States Embassy in Bahamas is warning its citizens to take extra care if they travel to the Caribbean nation to enjoy Spring Break.

In a message to citizens entitled Stay safe During Spring Break, the embassy warned its citizens to avoid being alone with strangers, jet ski, taxi or scooter operators.

“Be particularly cautious on secluded beaches; criminals target such isolated areas. When traveling, use only clearly marked buses and taxis, as unlicensed taxi drivers have been linked to a variety of violent crimes,” the report stated.

The embassy warned that  jet ski rental operators are known to commit asexual assaults and other crimes against tourists.

“Never allow yourself to be driven off alone with a scooter operator. Unlicensed operators and rental services have been linked to assaults, including sexual assaults,” the letter also stated.

The embassy also cautioned against excessive alcohol intake as drunken visitors are often victims of sexual assault, robbery and physical harm. Young women in particular, were warned to be extra cautious.

It referred to a US State department warning that the criminal threat in the islands of New Providence is rated as critical.

“Armed robbery and sexual assault are major criminal threats facing U.S. citizens in New Providence. The U.S. Embassy has received multiple reports indicating tourists have been robbed at gunpoint or knifepoint in the downtown areas of Nassau; several of these incidents occurred during daylight hours. The Bahamas has one of the highest incidences of sexual assault in the Caribbean,” the warning also stated.