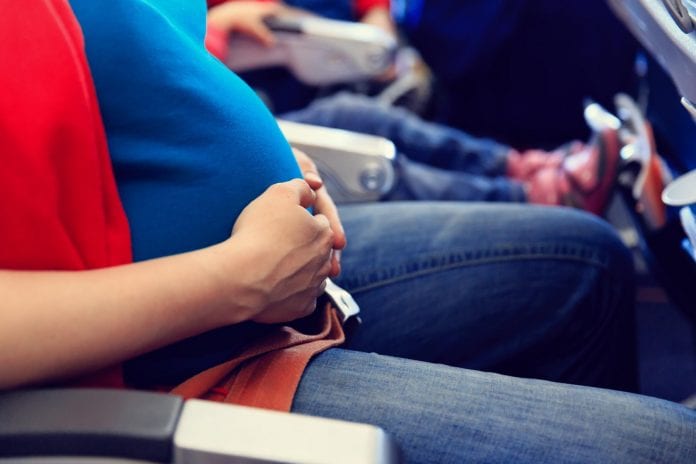 WASHINGTON, D.C. – United States President Donald J. Trump says he’s taking action to combat “birth tourism,” a practice in which he says Caribbean women and other nationals travel to the United States with the purpose of giving birth to gain citizenship for their children.

“Organizations bring in large numbers of aliens (immigrants) to systematically exploit this loophole and unfairly provide citizenship for their children,” said Trump in a White House statement.

“Most birth tourism groups charge tens of thousands of dollars, which often doesn’t include coverage for medical care. Groups are flown to the United States and often brought to motels, whose owners are also often complicit in the scheme,” He said, adding that the State Department will stop issuing temporary visitor visas to applicants who are traveling to the United States to engage in birth tourism.

The administration’s new rule, which became effective on Thursday, makes clear that “attempting to improperly provide citizenship for one’s child through birth tourism is not a legitimate ground for obtaining a visitor visa.

“Visas will still be issued to aliens whose purpose of travel is consistent with permissible business and pleasure activities. Citizenship is the crown jewel of the American immigration system and must be vigorously protected from exploitation,” the statement said.

Through birth tourism, the White House said foreign nationals, including Caribbean nationals, are able to have their children avoid the scrutiny and procedures they would normally undergo if they became citizens through naturalization.

“Organized criminal networks have taken advantage of the birth tourism loophole at the expense of American citizens. Businesses in the birth tourism industry have engaged in widespread immigration fraud and money laundering.”

“The administration’s action will protect our social welfare system from abuse by foreign nationals using our welfare system to pay for the births of their children,” said the White House, stating that, last year, the administration took action to ensure that if immigrants want to enter or remain in the United States, “they must support themselves and not rely on public benefits.”

In this regard, Trump issued a proclamation suspending the entry of immigrants who, he claimed, “financially burden the American healthcare system.”

The administration, therefore, proposed a rule to require the verification of immigration status for anyone seeking to access public housing benefits.

White House press secretary, Stephanie Grisham, said in a statement that the State Department will no longer issue temporary visitor (B-1/B-2) visas to Caribbean and other immigrants seeking to enter the United States for “birth tourism – the practice of traveling to the United States to secure automatic and permanent American citizenship for their children by giving birth on American soil.

“This rule change is necessary to enhance public safety, national security, and the integrity of our immigration system,” she said. “The birth tourism industry threatens to overburden valuable hospital resources and is rife with criminal activity, as reflected in Federal prosecutions.

“Closing this glaring immigration loophole will combat these endemic abuses and ultimately protect the United States from the national security risks created by this practice. It will also defend American taxpayers from having their hard-earned dollars siphoned away to finance the direct and downstream costs associated with birth tourism.

“The integrity of American citizenship must be protected,” she added.