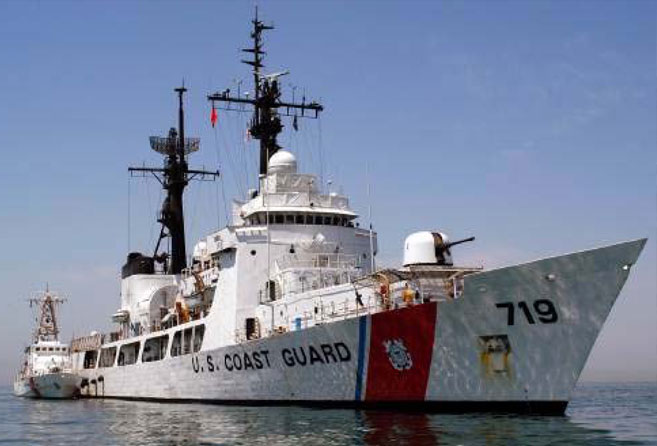 The United States Coast Guard says the crew from the cutter Kathleen Moore on Saturday, repatriated 23 Cubans to Cuba following an interdiction about 15 miles south of Big Pine Key, Florida and a search and rescue mission off the coast of Key West, Florida.

They said a good Samaritan reported a vessel with 15 people aboard to Coast Guard Sector Key West watchstanders on Saturday morning.

“A Station Key West law enforcement crew arrived on scene and brought the migrants aboard,” the US Coast Guard said. “They are reported in good health.”

“Daring these voyages, during hurricane-force winds and seas, are treacherous, and lives have a greater risk of being lost,” he said.

Meantime, the US Coast Guard said it suspended the search for nine missing Cubans about 26 miles southeast of Key West, Friday, at about 10:30 p.m., pending the development of new information.

These searches covered about 7,459 square miles, which is just under the size of the US state of New Hampshire.

It said the motor vessel Western Carmen’s crew contacted Sector Key West watchstanders, Tuesday, at about 1:30 p.m. to report they found four people in the water.

The US Coast Guard said the 13 survivors reported they left Cuba with 22 people aboard and capsized about 8:00 p.m. on Monday, and that nine people were missing in the water.

“Our deepest condolences go out to the families and loved ones impacted by this tragedy,” said Sean Connett, command duty officer for District Seven. “The decision to suspend a search is always difficult and is made after exhausting all search information.”

They said the 13 survivors are being processed as migrants and are anticipated to be repatriated to Cuba.