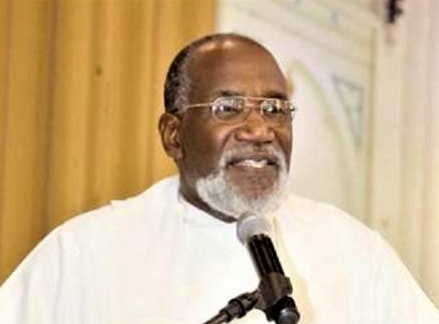 Two of the four people charged with robbing Roman Catholic priest Father Clyde Harvey last week, were granted bail when they reappeared in Port of Spain’s Magistrates’ Court on Thursday.

The other two, which includes a 17-year-old boy, were denied bail by Magistrate Adrian Darmanie, given their past criminal record. As such, they were both remanded into custody and reminded of their right to apply to a High Court judge for bail.

The four first appeared in court on Monday charged with breaking and entering into the St Martin’s RC Church at Hermitage Road, Gonzales, and falsely imprisoning Harvey, during an incident last Monday. They were also accused of using personal violence to rob him of a watch valued at US$500, a Samsung Galaxy cellphone valued at $4,500 and $1,000 cash. During their first appearance all four were all remanded into custody since their criminal background trace was not available.

At Thursday’s hearing, it was revealed that both Gillard and the teenager had several matters of a similar nature pending before the court. It was based on this that the magistrate refused the granting bail to them.

Huggins and Collins on the other hand were granted bail in the sum of TT$200,000 and TT$150,000 respectively, to be approved by a clerk of the peace.

The matter will next be called on July 20.