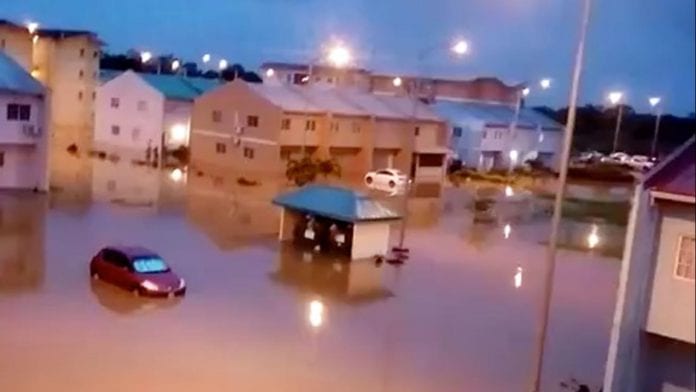 The Trinidad and Tobago government has announced a TT$25 million fund to assist victims of Tropical Storm Bret that swept through the oil-rich twin island republic earlier this week causing widespread destruction mainly in the east and northern section of the country.

Minister in the Office of the Prime Minister Stuart Young, speaking at the end of the Cabinet meeting on Thursday said that Prime Minister Dr Keith Rowley had put a proposal to Finance Minister Colm Imbert “that we move to establish immediately, a relief fund for the flooding and other off-shoots of what has taken place as a result of Tropical Storm Bret, over the past 48 hours, of $25 million”.

She said in instances where the roof of houses have been blown off, a sum of TT$20,000 will be provided per applicant.  In addition, a TT$10,000 grant can be accessed to replace furniture such as refrigerators, stoves, beds and dining tables. Crichlow-Cockburn said individuals must submit their claims to the ministry.