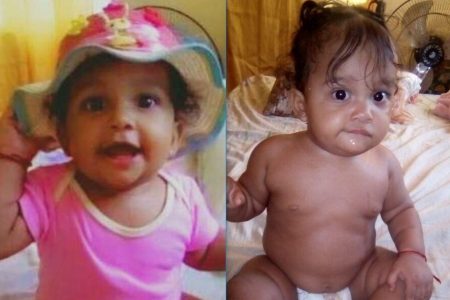 Three people, including a 19-year-old woman, have been charged with kidnapping the nine-month old baby from a Venezuelan woman in Trinidad earlier this month.

They have been jointly charged with kidnapping for ransom while JDan Taitt was also charged with negotiating a ransom. The police said that they had also released two other suspects.

Police said the child was found less than 24 hours after her Venezuelan-born mother reported that she was at her Chaguanas home in Central Trinidad, when the child was taken by a woman without her permission.

“Sometime later, she received a telephone call from the suspect demanding TT$20,000 (One TT dollar=US$0.16 cents) in cash for the safe release of her daughter,” the police said in a statement.

They said that acting on intelligence, members of several law enforcement agencies travelled to Curepe, just on the outside of the capital, “where they found and clinically extracted the baby in a safe manne”.

The three accuses are due to appear in court virtually later this week.