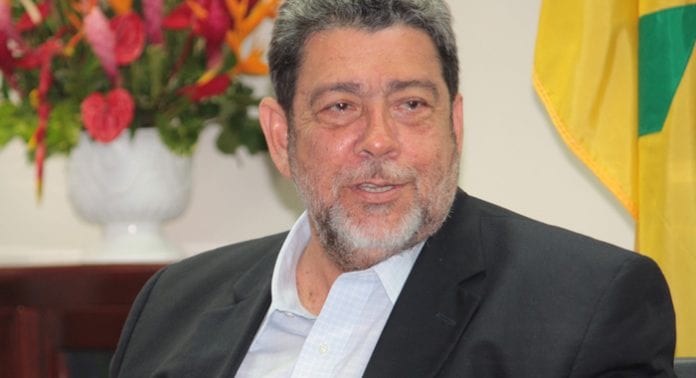 A pro-opposition radio station in St Vincent and the Grenadines has begun efforts to raise an estimated EC$225,000 it owes Prime Minister Dr. Ralph Gonsalves after he successfully sued for defamation.

Gonsalves had filed the defamation suit after comments were made by talk show host, Matthew Thomas, on the programme “Stay Awake”, broadcast on NICE Radio in January 2007.

This is the second lawsuit that the station has lost to Gonsalves and management has started the radiothon to prevent the station from being liquidated in order to meet the judgement.

In the February 10, 2012, judgement, the High Court ordered Thomas and BDS Ltd., owners of NICE Radio, to pay Gonsalves EC$155,000 in aggravated damages, EC$11,625 cost, and interest of five per cent until the monies were paid.

According to the ruling, Thomas, on January 29, 2007, had made certain statements about Gonsalves having untoward intentions toward a former radio host. Thomas had also accused Gonsalves of using the Office of the Prime Minister to facilitate illegal activities.

The Court of Appeal upheld the decision of the lower court and the parties are due back in court on June 26, 2017.

Attorney Kay Bacchus-Baptiste, who represented the respondents during the appeal, said she has revived a committee formed some years ago to raise a similar amount to save NICE Radio after the first defamation judgment in favour of Gonsalves.

She told radio listeners during the radiothon on NICE Radio Monday night that the respondents do not have to raise all the monies by then, but it would be good if that is the case.