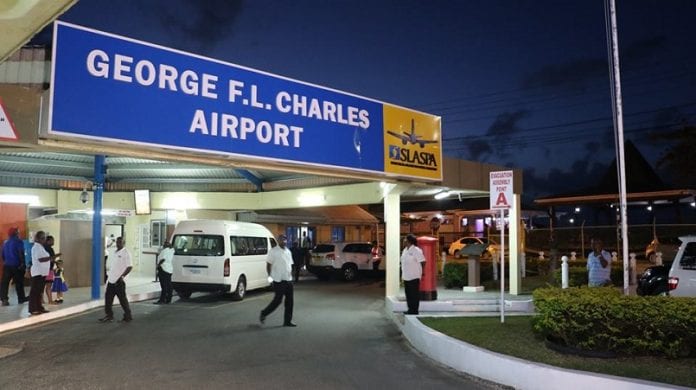 The St Lucia Tourism Authority (SLTA) Wednesday projected a “very strong” month for tourist arrivals after the island registered an increase of more than 34 percent in arrivals.

The SLTA said that as the tourism economy continues to progressively rebound with visitor arrivals, the island welcomed 21,357 visitors, an increase of 7,018 arrivals over the figures for May as the island rebounds from the impact of the coronavirus (COVID019) pandemic.

It said that when compared with 2019, the United States market has almost made a full recovery as one of the strongest months on record with 92 per cent of visitor arrivals.

“The United Kingdom market also reflects considerable growth, which stands at four percent of arrivals both for June 2021 and year-to-date. In increasing opportunities for travel from that market, the UK has also officially eliminated quarantine on return from Amber Countries for fully vaccinated travellers. “

The SLTA said that the month of June saw the introduction of an inaugural and well-performing weekly flight out of Dallas, Texas, and the reintroduction of service from New York with American Airlines, as well as the reinstatement of cruise services to the destination with 414 passengers. It said that ancillary service providers to the cruise sector are also reporting a good month with increased business especially in areas of shore excursions and pleasure cruises.

The tourism authorities here said that since the introduction of expanded access for fully vaccinated visitors and nationals, across the island, accommodation providers are reporting moderate to high occupancy levels with several operating at the fully recommended capacity, thus positively impacting all classifications of room stock.

“To date, the tourism sector accounts for over eight thousand who are re-employed since easing of restrictions amid the pandemic. All efforts are geared towards the reinstatement of more employees during this difficult time and seeing more visitors come through our shores, which ultimately means a direct injection into our local economy” said Tourism Minister, Dominic Fedee.

The SLTA said that it is “projecting very strongly for July” and has so far welcomed the introduction of a new nonstop service from Newark Liberty International Airport (EWR) on Tuesdays, Thursdays, and Saturdays.

It said that this is an added flight that provides greater access and connectivity to the tri-state area of New York, New Jersey, and Connecticut, and by extension Philadelphia.

“In increasing access to Saint Lucia, regional carriers like Intercaribbean, LIAT, and Air Sunshine are already contributing to increased airlift this summer. Air Sunshine has also added direct routes from St. Croix and St. Kitts into the destination.”

The SLTA said that the resumption of inter-island ferry services between the French island of Martinique and St. Lucia and the recent announcement by Trinidad and Tobago that its borders would be re-opening on July 17, augur well for the local industry.

“With access to more gateways coupled with the ease of the travel registration process and direct services to the island, more and more visitors are making St. Lucia their destination of choice for romance, family getaways, culinary experiences, adventures, business, sports, international film backdrops and much more,” the SLTA added.