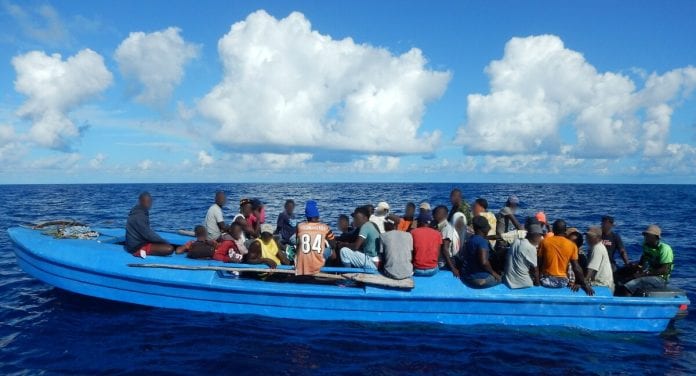 BASSETERRE, ST. Kitts, CMC – Immigration officials have launched an investigation to determine how 15 Haitian nationals arrived by boat on Sunday night, docking at the St. Kitts Defense Force’s Port in Bird Rock, on the outskirts of the capital.

Chief Immigration Officer, Merclyn Hughes told local radio stations that the investigation had been launched and the police are also assisting in the process.

“We are just trying to assist them so we’re in the process of conducting interviews, but they are just being held for safekeeping. We know there’s a crisis in Haiti but we cannot say whether or not they fled from there so at this time we are just trying to ascertain what is the situation,” she said.

Media reports had indicated that the Haitians on arrival had been attempting to register at a nearby hotel, but the Immigration official said they are now being held at the Basseterre Police Station.

Permanent Secretary in the Ministry of National Security, Osmond Petty, told a radio station here that while the twin-island Federation does not have any specific policy with respect to Haitians, there is a process of dealing with any illegal immigrant regardless of nationality.

“We deal with them just like any other illegal immigrant landing in St Kitts and Nevis,” he added.

Despite being a member of the Caribbean Community (CARICOM) grouping, many Caribbean countries require Haitians to be in possession of a visa so as to facilitate their entry into their countries.