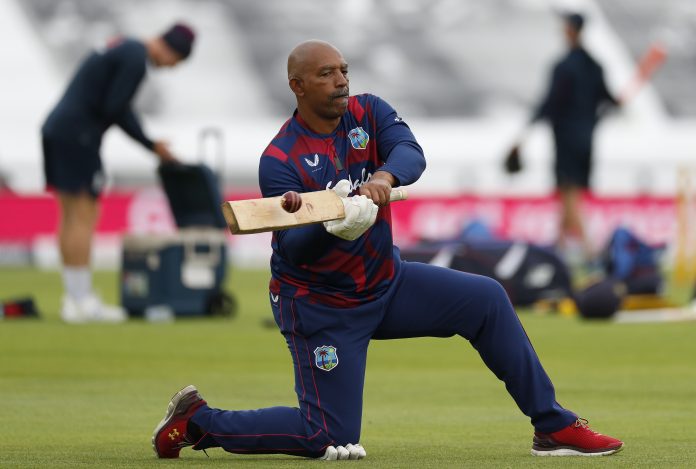 Head coach Phil Simmons says West Indies will use the Ireland and England Twenty20 assignments later this month to revamp their batting approach. This strategy will allow the Caribbean side to rebuild in the wake of a disastrous T20 World Cup last October.

West Indies flattered to deceive at the United Arab Emirates showpiece, losing four of their five games to finish one from the bottom of their group and missing out on a semi-final spot.

With several changes made to that World Cup squad, Simmons said much of the focus would now be on rehabilitating the batting to achieve larger and more competitive totals.

“We’ve always been trying to do things a little bit different and to step up things in the way we bat,” Simmons told reporters. “I think our batting is what we’re going to focus on a lot because we need to be making the 160s, the 180s to challenge people, and our bowling seems to be ready to defend scores like that.”

In their first game of last year’s World Cup, West Indies were dismissed for a near-historic low of 55 against England in Dubai and timid scores of 143, 142, 169 and 157 followed in their remaining outings.

West Indies surpassed 200 for only the third time in three years in the final T20 International, with neither three featuring on last December’s three-match Pakistan tour.

Simmons said he wanted to see that energy continue.

“It’s a young group of guys, and we’re trying to mould them and get them into a frame of mind that we want to win, and we want to do everything that it takes to win, so I can safely say there will be a little more excitement as we go along now.”

West Indies face Ireland in a one-off T20 International at Sabina Park here on January 16 following a three-match One-Day International series at the same venue. After this, they will move to Barbados for a highly anticipated five-match T20I series against England at Kensington Oval from January 22-30.

The fixtures kick-off should be an intense schedule as the two-time World champions beef up preparation for the T20 World Cup next October in Australia.

Other Improvements for West Indies

In addition to improving aspects of the batting, Phil Simmons said other areas of the Caribbean side’s game needed tweaking.

“When you go into the [fielding], we’ve been making changes for run-outs, but we’ve not been hitting the stumps directly enough. These are small things in comparison to [making] the total of 180, but they become big things if you’re doing them and effecting a run-out here or running two here and putting pressure on the other team. [There are] small things like that, but in the end, they will turn out to be big things.” (CMC)