Security guards save themselves during murder of Chinese couple 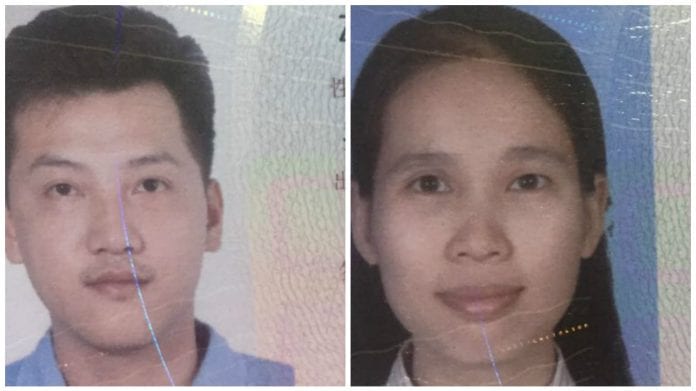 Security guards who were assigned to protect a Chinese couple drove away while the two were peppered in a hail of bullets in Trinidad on Thursday.

The dead Chinese nationals have been identified as Shi Rui Zhao and Yangli Gu. They were escorted by security guards to their home. The couple had just left a members club and casino at Tarouba Road, Marabella, and were returning to their rented apartment at New Haven Avenue, Marabella.

Police said two security guards from the casino were driving in another vehicle behind Zhao’s black Toyota Atlis motorcar.

Both vehicles pulled into a car park at Kosume Bar, where the two gunmen were lying in wait, police said.

Zhao, 32, and Gu, 30, both self-employed, were still inside the vehicle when two men opened fire on them.

The security guards who were seated in the vehicle parked next to the couple drove off, police said.

Eyewitnesses said the gunmen stood on both sides of the vehicles and fired several shots hitting the couple multiple times on the head and body.

The windows and doors of the car were pierced with bullet holes.

Police arriving on the scene found both dead. Zhao was slumped over Gu.

The assassins escaped in a waiting car.