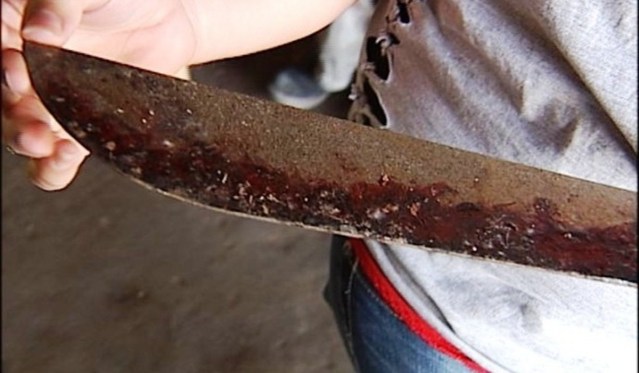 A pregnant woman was brutally chopped to death and her husband injured during a macabre at Tyrico, on the Trinidad north coast, on Monday night.

She has been identified as Kimberly Lewis, 24, Lewis’ husband, Jonathan Garcia, were attacked in a house at around 10 p.m.

Police in the twin island republic have collared four men in connection with the attack.

Two of the suspects were held in a police road block in Maracas, and two others held later.

The husband was taken to hospital where he is warded in critical condition.

Police suspect that the killing is linked to the illegal drug trade.

Lewis was the 22nd female murder victim for the year in that country.