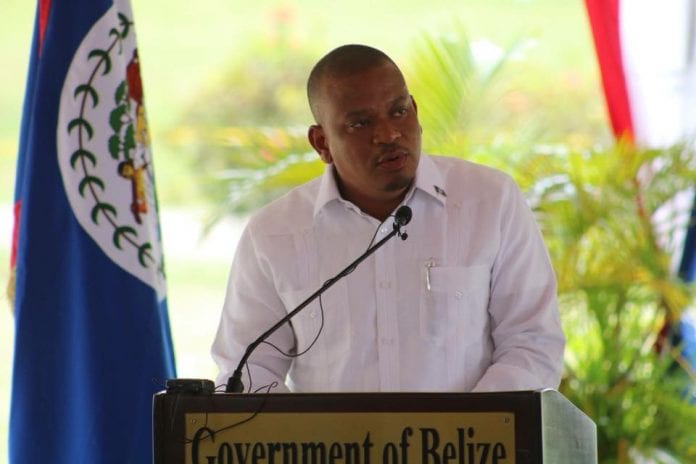 Less than three months after Shyne Barrow was sworn in as Opposition Leader, replacing former education minister, Patrick Faber, the former government is returning to the position.

In a statement on Wednesday night, Barrow thanked the United Democratic Party (UDP)’ opposition Parliamentary Caucus, as well as its shadow cabinet, for the support that was given during his brief time in office.

Barrow, who was sworn in as opposition leader in June, said he “accepts with grace that the majority of the Elected Opposition Members of the House have now elected a new Leader of the Opposition.

“I will discharge my duties as Leader of the opposition faithfully until my successor is sworn in. Thereafter I will continue to serve my constituency and perform my Parliamentary duties…to bring about better policies and quality of living for the Belize people,” Barrow said.

The decision to reinstate Faber as Leader of the Opposition was taken one week before the country’s 40th anniversary of political Belize’s independence from Britain and will afford him an opportunity of making a presentation to the country at the official ceremony ahead of Prime Minister John Briceno.

Faber was re-elected to the post on Tuesday night following a meeting attended by area representatives, standard bearers and caretakers.

The UDP lost the general elections in November last year, with the People’s United Party (PUP) winning 26 of the 31 seats in the Parliament.

Faber, who was one of the successful UDP candidates, however, had his position challenged by Barrow and on Tuesday Albert Area Representative Tracy Panton cast the crucial ballot reinstating him by a single vote.

A letter has been sent to Governor-General Froyla Tzalam informing her of the change in leadership and Panton explained that notwithstanding her support, the decision taken is for the greater good of uniting the deeply fractured party.

She said it was also important for the UDP to present a united front as a strong opposition.

She said when the party met on Tuesday “the consensus was we needed to, for lack of a better term, stop the hemorrhaging of the party and to more make an effort to secure greater unity within so that we can focus all our attention and efforts on the national issues that require quite a great deal of attention.

“When the decision was taken at the time to sign a letter of no-confidence to the Governor-General of the party leader, I did not participate in that process, as you are aware, because I wanted to, at that time, get the views of my colleagues.”

She said the views of my colleagues on Tuesday “were clear (and) I had made a commitment personally that I would carry the consensus and so in light of that I agreed to sign the letter to reinstate the party leader as the Leader of the Opposition.”