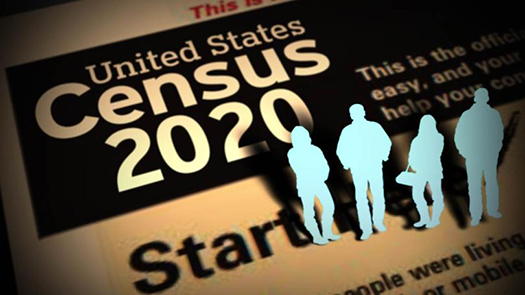 An immigration advocacy group in New York says that a decision by the United States Supreme Court on Tuesday permitting the Trump administration to halt the 2020 Census count ahead of schedule will significantly hurt Caribbean and other immigrants.

The US Supreme Court set aside a Ninth Circuit court order that extended counting efforts for the 2020 Census through October 31, allowing the Trump administration to end counting soon.

As a result, the New York Immigration Coalition (NYIC) said the court’s decision could mean that all counting efforts and outreach will end in the next few days.

“The Supreme Court’s decision hurts, but it is not the fatal blow to an accurate 2020 Census count the Trump administration clearly hopes,” Meeta Anand, the Census 2020 Senior Fellow for NYIC, told the Caribbean Media Corporation (CMC).

“For more than a year, there has been a state-wide New York Census operation, which understood that it was up against an administration that would do everything it could to keep immigrant New Yorkers from being counted, and acted accordingly.

“Thanks to the litigation to date, our partners used every minute, hour, and day of almost two extra weeks to ensure that every New Yorker—regardless of legal status, age, or country of origin—were counted. Now, we must build on that momentum and finish the last few days of the 2020 Census New York strong, Anand said, adding “we also need Congress to act immediately to extend statutory reporting deadlines to ensure accurate data”.

Anand said that at stake are trillions of US federal dollars and political representation for millions of immigrants and other residents, particularly those in most vulnerable communities.

“New Yorkers will need these resources and political power to beat back the coronavirus (COVID-19) pandemic and rebuild an economy reflective of our vibrant and diverse communities,” she said.

The brief, unsigned order by the US Supreme Court formally halts the Census count while the Trump administration and myriad groups and attorneys general, advocating a more accurate Census, fight in a US federal appeals court over whether the count could be stopped early.

Early last month, New York Attorney General Letitia James said she scored another major victory in the battle to protect the US 2020 Decennial Census from the Trump administration by stopping President Donald J. Trump’s attempts to exclude undocumented Caribbean and other immigrants from the apportionment base following the Census count.

A three-judge panel of the Southern District of New York blocked the Trump administration’s efforts to make an unprecedented change to the constitutionally-mandated count of every person living in the US – leaving out unauthorized Caribbean and other immigrants from the Census numbers that determine each state’s share of seats in the US Congress.

The Trump administration appealed the panel’s decision directly to the US Supreme Court.

The US Supreme Court’s ruling on Tuesday effectively shuts down what has been described as the most contentious and litigated Census in history, setting the stage for an acrimonious battle over how to use the Census count for the apportionment of the next US Congress.

Political observers say that the premature end to the Census count will allow Trump administration officials, rather than experts from the Census Bureau, to utilize the population numbers to determine representation in the US House of Representatives, and in state and local governments, particularly impacting on Caribbean and other immigrants.