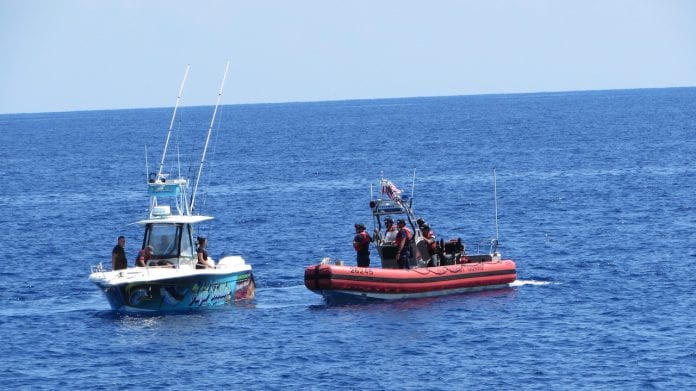 In a statement on Saturday, the Coast Guard said the respective interdictions took place on Monday after 50 Haitian migrants were interdicted about 46 miles north of Cap-Haïtien, Haiti.

The small boat crew then boarded the vessel and discovered 36 Haitian males and 14 Haitian females.

“The Robert Yered crew safely embarked the migrants and sank the vessel to prevent a hazard to navigation…. bottom line is these voyages put lives at unnecessary risk,” said Captain Jason Ryan, Coast Guard 7th District chief of enforcement. “These voyages often involve ill-advised agreements with smugglers on poorly equipped, makeshift vessels that are prone to capsizing leading to loss of life.

“This humanitarian mission is a priority of the Coast Guard and its foreign and domestic partners – only strengthening our presence in the region to stop these illegal activities from occurring, putting safety at sea first,” he continued.

These numbers represent the total number of at-sea interdictions, landings and disruptions in the Florida Straits, the Caribbean and Atlantic, the US Coast Guard said.

The US Coast Guard said its 7th District watch-standers received notification of an illegal departure of a 30-foot go-fast vessel .

The Coast Guard cutter Evans crew repatriated the 10 Cuban migrants back to their home of origin, while the other two- who were suspected smugglers, were transferred into US Homeland Security Investigations custody.

“Those who are interdicted at sea attempting to illegally immigrate will be repatriated to their country in accordance with existing US immigration policy,” he added.