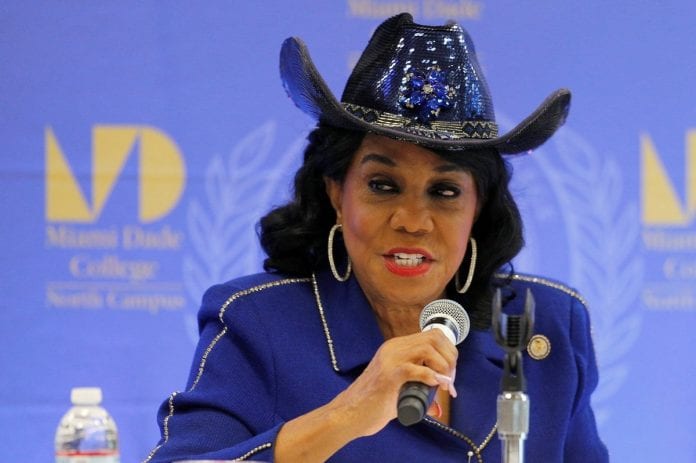 Washington, DC – On September 12, Congresswoman Frederica S. Wilson of South Florida introduced the Bahamas TPS Act of 2019 (H.R. 4303), which if passed would designate Temporary Protected Status (TPS) for Bahamians seeking refuge in the US for 18 months.

More than 1,500 victims have sought refuge in the United States in the aftermath of Hurricane Dorian.

The 2017 U.S. Census American Community Survey found that there were 32,507 Bahamian-born individuals of various immigration statuses living in the United States. So far, the legislation has 62 co-sponsors, and counting.

“Hurricane Dorian is, in essence, the Bahamas’ Katrina and the country faces a long and arduous road to recovery. Taking the humane step of granting TPS to Bahamian nationals would enable them to work and contribute to their homeland’s recovery and to our economy, as well,” said Congresswoman Wilson, who is of Bahamian descent and represents the nation’s largest Bahamian community.

“Americans from all around the United States have been incredibly supportive and generous in response to the devastating impact that Hurricane Dorian has had on the Bahamas and on its people. Our government should follow their example during this harrowing period of need.”

Last week, the Florida lawmaker led a bipartisan letter signed by the Florida delegation and other members of Congress urging President Donald Trump to waive or suspend certain visa requirements for Bahamians seeking to join relatives in the United States.

Although the White House has indicated it will deny the Bahamas a TPS designation, she is not giving up on the effort to build support.

Wilson traveled to Nassau on September 8 to meet with several evacuees from the Abaco Islands and Bahamian government officials and on Monday, September 16, she will host a district meeting with the Bahamian diaspora.

Representatives from USAID will be on hand to provide a briefing on U.S. efforts to aid the recovery.