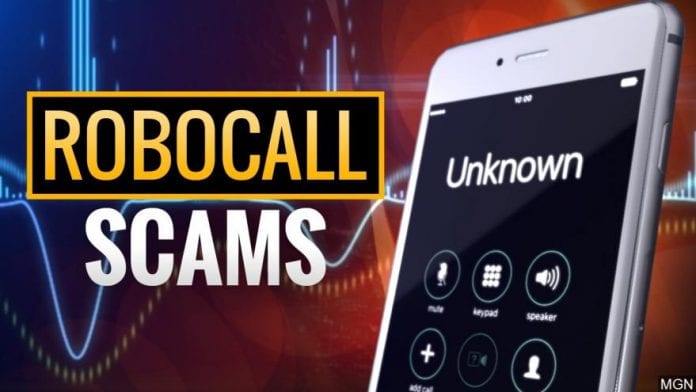 FLORIDA – Some South Florida residents who are Social Security beneficiaries have in recent weeks been receiving unexpected robocalls allegedly from the Social Security Administration (SSA). However, the Federal Trade Commission is aggressively warning that this is a scam which has been spreading across the nation, and are urging seniors not to respond to the calls.

The scammers target individuals by calling their phone through a robocall and claiming their Social Security number (SSN) has been suspended because of suspicious activity, or because it’s been involved in a crime.

Typically the rob- call message left is: “This call is from the department of social security administration. The reason you have received this phone call from our department is to inform you that we just suspend your social security number because we found some suspicious activity. So, if you want to know about this case just press 1 thank you.”

In those calls or voicemails, sometimes the scammer wants the individuals called to confirm their SSN, reactivate it or they’ll say their bank account is about to be seized.

The FTC cautions those receiving these calls whatever the message on the call says not to fall for it. It’s a scam and that’s not the real Social Security Administration calling. The scam

is a growing concern for officials, as according to the FTC says so far this year more than 35,000 people have reported the scam, with victims having lost over $10 million.

The FTC further cautions anyone who receives these calls should not answer the call, and if they do answer hang up immediately on hearing the message., and never pressed the number 1 as requested. Doing this will indicate to the scammer that they have reached the person their targeting and could open further calls and efforts to scam.

One of the main reasons for targeting seniors with this SS scam is that most beneficiaries are very dependent on their monthly SS payment, and maybe quick to respond to the calls if they hear their accounts are being cancelled or their bank account closed.

The FTC says be suspicious of any call from a government agency since those agencies don’t call residents with threats or promises or demands for money. Only Scammers do. Don’t trust caller ID – even if it might look like a real call from the SSA, don’t trust it. Never give any caller information like bank account and/or Social Security, and never make a payment. And, always check with the real agency the call is purported to be coming from.

The Federal Trade Commission says If you’re worried, hang up and call the SSA yourself at 1-800-772-1213. If you’ve already received one of these robocall Social Security Scams, contact them with a complaint.