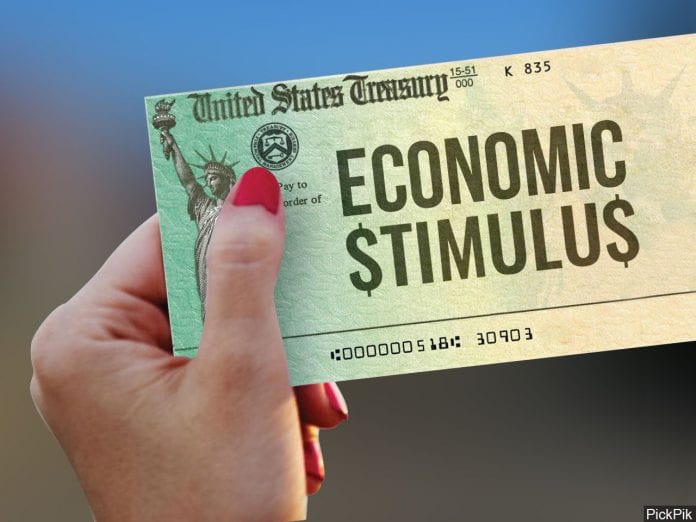 SOUTH FLORIDA – After days of agonizing delay as Democratic and Republican lawmakers debated the structure of a stimulus bill, the U.S. Senate, early on Wednesday morning, agreed to a $2 trillion stimulus package—the largest in the nation’s history.

The bill, which will help to tide over American residents and businesses during the coronavirus crisis, is subject to a vote in the House and the Senate before it goes to President Donald Trump for his signature.

The primary objective of the stimulus package is to cushion the U.S. economy currently being battered as enforced social distancing to combat the spread of the coronavirus (COVID-19), which has closed many small and large businesses, placing millions of American out of work.

In summation, the package includes a one-time payment of $1,200 per adult and $500 per child, $367 billion in soft loans for small businesses, $500 billion for loans to larger industries, $100 billion for hospitals and the healthcare system, and $600 more per week in unemployment benefits for four months for the unemployed.

An original draft of the stimulus bill proposed two one-time payments of $1,000 to every American earning under $75,000 annually. One payment was proposed for April 6 and the other on May 18. On their part, Democrats proposed payments of $1,500 per month over a period of three months. However, the final bill includes a one-time payment of $1,200 for adults earning less than $75,000 annually. The payments will decrease incrementally for those earning over $75,000, stopping at those earning $99,000 annually.

Details about how and when the money will be distributed are expected within days.

One of the most important aspects of relief offered in the package, especially in Florida, is the $600 increase in unemployment benefits.

Many South Floridians who are laid off as their place of employment closed were panicking at Florida’s stingy unemployment benefit of $275 per week for up to 12 weeks—just over $1100 per month.

By increasing the benefits by $600 weekly, Floridians applying for unemployment should be eligible for a maximum payment of $875 per week or $3,500 monthly. The drafters of the stimulus bill intended the unemployment benefit to compensate for a significant percentage of one’s salary while unemployed during the current crisis.

In addition to those who are laid off without pay, unemployment benefits will be available to workers staying home to take care of their families, or those who were hospitalized or quarantined.

Residents are urged to apply for unemployment benefits as soon as possible online at www.floridajobs.org. With so many people unemployed, high demand for benefits is anticipated, so people should not procrastinate in applying.

Another peculiar area of relief is the provision for small businesses. The Caribbean-American community is replete with numerous small businesses including professionals, restaurants, grocery stores, beauticians, barbers, and so on. These businesses, like residents, do not carry significant cash reserves and face bankruptcy as they are forced to close.

The $367 billion allocated for small businesses will provide local small business owners funds to cover the revenue lost because of closures. A source from the Small Business Administration offices in Washington, speaking to CNW under anonymity, said while no details of the funding have been released, the loans should be at very low interest, with repayments extended over several months, and should be for at least $50,000 each.

She, however, advised business to get their financial records in order, particularly information related to the lost revenue resulting from their closure or decline in business. It’s important that the loans cover the salaries of all employees of the business for at least the next three months.

Small business owners are also advised to visit www.sba.gov for up to date information.

Broward County Mayor Dale Holness also advised that small businesses and non-profit organizations can apply for low-interest loans of up to $2 million.

The $2 trillion stimulus package also includes $150 billion for a state, local and tribal fund; creation of a Treasury Department office to oversee the distribution of loans; tax credit for employers who keep workers on their payroll; and a provision that no loans can go to businesses controlled by President Trump, members of his administration, members of Congress or their families.