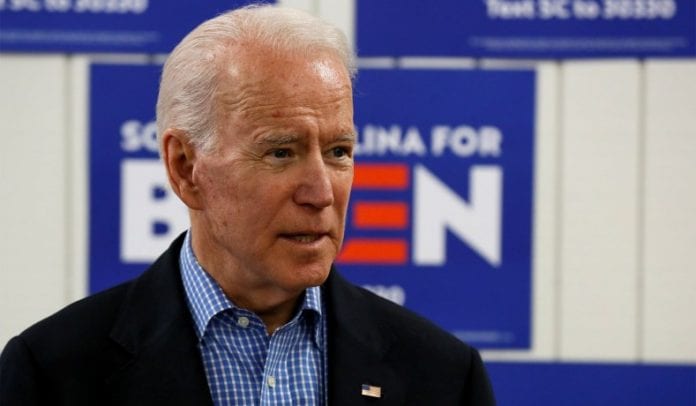 Joe Biden is hoping to start unifying divided America as well as the nation’s diverse Democrats as he accepts his party’s presidential nomination in the climax of recent history’s most unorthodox national convention.

For Biden, it’s also a moment that marks the pinnacle—so far—of a political career spanning almost a half century.

The former vice president, who at 77 years old would be the oldest president ever elected, will be feted by family and former foes as he becomes the Democratic Party’s official standard bearer in the campaign to defeat President Donald Trump in November.

Above all, Biden is expected to focus on uniting the deeply divided nation as Americans grapple with the long and fearful health crisis, the related economic devastation and a national awakening on racial justice—A day after California Sen. Kamala Harris became the first Black woman to accept a major party’s vice presidential nomination.

The positive focus expected marks a break from the dire warnings offered by former President Barack Obama and others the night before. The 44th president of the United States warned that American democracy itself could falter if Trump is reelected, while Harris and 2016 presidential nominee Hillary Clinton declared that Americans’ lives and livelihoods are at risk.

Throughout their convention, the Democrats have summoned a collective urgency about the dangers of Trump as president. In 2016, they dismissed and sometimes trivialized him. In the days leading up to Biden’s acceptance speech, they cast him as an existential threat to the country.

The tone signals anew that the fall campaign between Trump and Joe Biden, already expected to be among the most negative of the past half century, will be filled with rancor and recrimination.

Biden’s Democratic Party has sought this week to put forward a cohesive vision of values and policy priorities, highlighting efforts to combat climate change, tighten gun laws and embrace a humane immigration policy. They have drawn a sharp contrast with Trump’s policies and personality, portraying him as cruel, self-centered and woefully unprepared to manage virtually any of the nation’s mounting crises and policy challenges.

It’s unclear if tearing down Trump will be enough to propel Biden to victory in November.

Just 75 days before the election, the former vice president must energize the disparate factions that make up the modern Democratic Party—a coalition that spans generation, race and ideology. And this fall voters must deal with concerns over the COVID-19 pandemic that has created health risks for those who want to vote in person—and postal slowdowns for mail-in ballots, which Democrats blame on Trump.

The pandemic has also forced Biden’s team to abandon the typical pageantry and rely instead on a highly-produced, all-virtual affair that has failed to draw the same television ratings as past conventions.

The silence was noticeable Wednesday night, for example, as Harris took the stage to make history in a cavernous hall inside the Chase Center in downtown Wilmington. She was flanked by American flags but no family, and her audience consisted of a few dozen reporters and photographers.

It’s Trump’s turn next. The Republican president, who abandoned plans to host his convention in North Carolina and in Florida, is expected to break tradition and accept his nomination from the White House lawn next week.

While Trump is trying to stay on offense, the president has faced a series of distractions of his own this week, including on Wednesday, when he praised a conspiracy-theory group that believes the president’s political opponents support satanism and pedophilia. On Thursday, a federal judge ruled that prosecutors could access his long-hidden tax returns. Also Thursday, New York prosecutors announced the indictment of Steve Bannon, Trump’s former campaign manager and White House chief counsel, who was charged with fraud.

The night before, Harris, a 55-year-old California senator and the daughter of Jamaican and Indian immigrants, addressed race and equality in a personal way that Biden cannot when he formally accepts his party’s presidential nomination.

“There is no vaccine for racism. We have got to do the work,” Harris declared.

“We’ve got to do the work to fulfill the promise of equal justice under law,” she added. “None of us are free until all of us are free.”

Obama, another barrier breaker, called Biden his brother before pleading with voters to vote, to “embrace your own responsibility as citizens — to make sure that the basic tenets of our democracy endure. Because that’s what is at stake right now. Our democracy.”

Beyond the carefully scripted confines of the virtual convention, there have been modest signs of tension between the moderate and progressive wings of Biden’s Democratic Party.

In particular, some progressives complained that pro-Biden Republicans such as Ohio Gov. John Kasich have been featured more prominently than the party’s younger progressive stars like New York Rep. Alexandria Ocasio-Cortez.