Ja’s new ambassador to US assumes duties in Washington 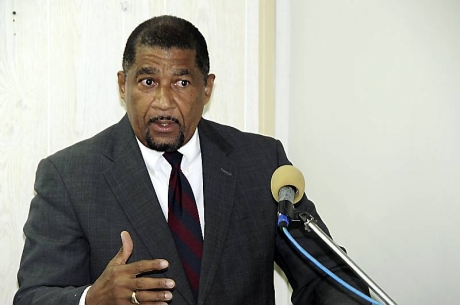 Ambassador Thomas arrived in the US capital on September 4 and has already delivered accreditation letters to the US Department of State. He officially presents credentials to US President Barack Obama on September 17 and the next day, to the Secretary General of the Organization of American States (OAS), His Excellency Luis Almagro, as Jamaica’s Permanent Representative to the OAS.

Appointed by Minister of Foreign Affairs and Foreign Trade, Senator A.J. Nicholson on August 21, 2015 as Jamaica’s twelfth ambassador to the United States, Ambassador Thomas succeeds Professor Stephen Vasciannie, whose ambassadorial tour of duty in the United States concluded in June.

Until recently Ambassador to the People’s Republic of China, Mr. Thomas served in Beijing during a crucial period in Jamaica-China relations, especially in the economic development arena.  He focused on strengthening that relationship through the development of key areas of investment.

The former University of the West Indies (UWI) Mona School of Business and Management teaching fellow, has experience in multi-national banking and trade financing and had served as Vice President of the Bank of New York for twenty-two years.

Jamaicans residing in the North-East United States have welcomed the new Ambassador and pledged to give him their full support as he represents the island’s interests.  The Embassy of Jamaica is planning a special reception to introduce the new Ambassador to the Jamaican community in the Washington area.