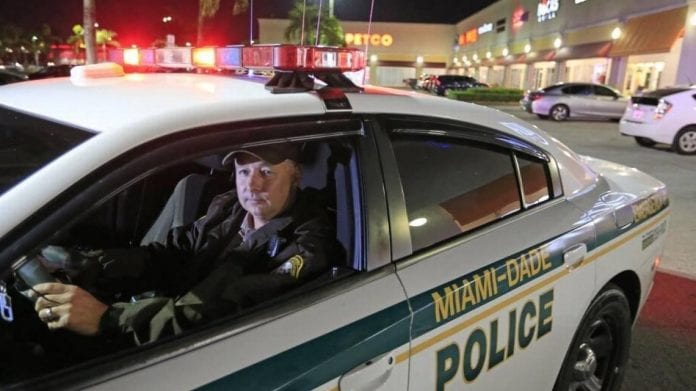 Over the last few weeks that COVID-19 has changed normal operations in the United States, and much of the rest of the world, several cities across the country are reporting a drastic decline in crime.

All it took was a global pandemic. For decades, many police departments have struggled to get crime under control in their respective cities. While numerous, detailed crime plans have failed, the unforeseen ‘stay-at-home’ directives that were ushered in as a result of the coronavirus have seemed to be the worst effect crime plan in recent times.

Earlier this week, Miami’s Police Department reported the city had not reported any homicides in seven weeks – for the first time since 1957.

“We can say that it’s due to our police high visibility, attributed with the pandemic and the Stay At Home order,” a Miami Police Department spokesperson told CBS News.

Miami, which has been the most affected by COVID-19 in Florida, has been under a local state of emergency since March 12. The entire state of Florida has also been under a “stay-at-home” order since the beginning of April. Many businesses and outdoor venues began closing their doors since early March, forcing residents to remain at home. And while COVID-19 is still on the rise in the state, many other crimes have also decreased in Miami.

Several other major cities in the United States have also reported a drastic increase in crimes. Since Maryland issued its own ‘stay-at-home’ order, shootings, robberies, assault and other criminal activities have all showed a steady decline. When compared to the same time last year, common assaults in Baltimore are down 34%, aggravated assaults are down 17%, and shootings have dropped by 8%. Los Angeles and New York City have also reported a significant decline in violent crimes.

In Chicago, one of America’s most violent cities, drug arrests have declined by 42% since the lockdown of the city in mid-March, when compared with the same period last year.

But while law enforcement officers have welcomed the decline in crime, many are worried about a surge of unreported domestic violence and child abuse cases that will happen if the restrictions are extended into summer.

Since stay-at-home orders went into effect, some regions have reported spikes in domestic violence complaints as victims are quarantined with their abusers, while other regions have seen a drop in the number of calls. Miami’s Police Chief Jorge Colina said while the department has seen a decrease in domestic abuse calls, he is still concerned that incidents of abuse will do unreported during the order.

A Significant Decline in Crimes in Latin America and the Caribbean

Across Latin America and the Caribbean, several countries have also seen a drastic decline in crime.

El Salvador and Peru, South American countries that have been constantly riddled with crime, have both seen a decline in violent crime due to COVID-19 restrictions and increased police presence on the streets. In Peru, crime levels fell 84% in March.

In Jamaica, several parishes like St. Elizabeth, Clarendon, and some parts of Kingston and St. Andrew have also seen a reduction in crime since the ‘stay-at-home’ order has been implemented. The parish of St. James, which has been on and off a state of emergency (SOE) for the last three years, is experiencing its lowest murder rate in 17 years.

Leader of Government Business, Minister Kamina Johnson Smith said the enhanced security measure in the parish coupled with the COVID-19 restrictions has led to the milestone. In the meantime, Prime Minister Andrew Holness has extended the current SOEs until July this year. Holness said he intends to get crime on the island under control as he does not intend to hold a general election while sections of the island are under a state of emergency.