Census 2020 is Almost Here: It Could be the Most Empowering Event of the Year 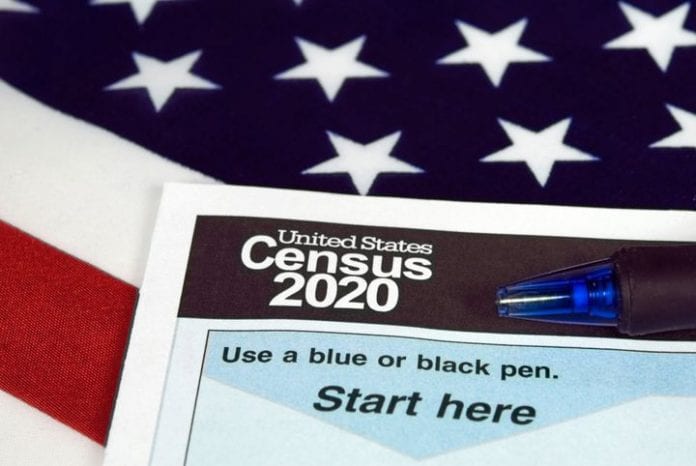 WASHINGTON, D.C. – The 2020 census is this year’s most empowering and democratic event for the United States.

As ordered by the U.S. Constitution, the census counts EVERYONE living in the country, no matter who they are: the undocumented, the transient, people living in remote areas or off the grid, foreign students and embassy personnel. The only people here who “don’t count” for the census are tourists and short-time business visitors).

The year 2020 also includes presidential elections that will set the country’s future course. But whereas not everyone can vote, everyone can and should participate in the census. It determines everything from political representation to access to basic services like education and health care and highways that work for all.

Recent estimates peg the amount of federal spending that is directed by census data at more than $1.4 trillion annually.

“The census is critical for practical reasons,” said Lizette Escobedo, census director for the National Association of Latino Elected and Appointed Officials (NALEO). “But it is also a process that gives every single Latino in the country, no matter what generation they are or their immigration status, an opportunity to say: We are present, we are here, we aren´t going anywhere and we are part of the fabric of this country.”

In other words, the census is empowerment. And not just for Latinos, but for all communities that want to be represented in government, programs, expenditures, redistricting and even civil rights.

“The census is the foundation of our form of representative government,” said Arturo Vargas, executive director of NALEO. “Given that the House of Representatives is apportioned based on the population of each state, our ability to have representatives in Congress depends on all of us being counted.”

When people see it that way, they realize that the census is as important as the election – maybe more important — because it affects at least the next 10 years, until the next one is taken — and determines almost every aspect of our daily lives. A presidency can end after four years.

In order for everyone to understand the census, we’ve assembled a list of quick facts we all need to know about this momentous event. All the information was taken from official census materials, interviews with top census experts and webinars led by them.

What is the census? The census is a self-portrait of the nation. The U. S. Constitution requires that the federal government COUNT EVERYONE LIVING IN THE COUNTRY EVERY 10 YEARS.

Participating in the census amounts to answering seven questions — plus two qualifying ones — for a total of nine questions, said Peter Griffith, senior partnership specialist for the Los Angeles region of the U.S. Census Bureau.

That´s it. The rewards for that are significant in resources, services and political rights.

Everyone means EVERYONE: people of all races and ethnic groups, citizens and NON-citizens, all adults and all children, regardless of age.  There are very few exceptions to this.

The key to this is that every person should be counted, not “estimated statistically” or “counted via records,” added Terri Ann Lowenthal, one of the nation’s foremost experts on everything census.

Every person who lives in United States territory on April 1 needs to be counted. Short-time visitors aren´t counted but longer-term visitors, such as foreign students and temporary workers, are. The Census Bureau webpage offers a detailed list of who should be counted, and where.

That day is known as CENSUS DAY. But the action starts long before that.

To be counted, every HOUSEHOLD first has to respond to those nine questions.

But what is a household?

The U.S. Census counts people by their “household,” which includes every person or persons living in a “single living quarter.” Every household will get a “unique I.D. number” that identifies it, and this is tied to a mailing address or physical structure, not to an individual name or a family.

A household can be made up of one person, or one family and the family friend who lives in a back room, or a group of roommates. At the time of response, all of them, including babies born by April 1, should be included as part of the same household. AGAIN: BABIES NEED TO BE COUNTED. Children age 0-4 were significantly undercounted in 2010 because, among other reasons, people mistakenly believed they didn´t have to be included.

People are counted at their “usual place of residence” on Census Day, but that doesn´t necessarily mean that´s their legal, permanent residence. For example, if you’re a student living in a dorm, you need to be counted there. It´s the same with group facilities like military barracks, hospitals, jails or prisons.

The census also conducts an “Enumeration of Transitory Locations” of people who don´t have a “stationary” home (RV parks, marinas, agricultural workers). These locations will be visited by census takers in March and April. This does not include tourists visiting the United States or short-time business visitors — about the only people who are not counted in the U.S. Census.

Given the fact that the census results affect politics, there´s a hot debate in some quarters about whether the census should count just citizens or all residents. The Constitution is clear about that, Lowenthal said.

“Congress has debated whether to change the basis for apportionment to ‘citizens’ or even ‘voters’ at several points in our history, including when the Constitution was drafted, but each time, lawmakers ultimately rejected a change,” she said. “The requirement says that the apportionment must be based on the ‘whole number of persons.’”

In other words, no matter who you are, you NEED to be counted in the census.

Why? “Because the constitution says so,” census experts say.

“Please include everybody in the household in the questionnaire,” said NALEO’s  Vargas. “The Census Bureau won´t go back to check if you listed everyone, and getting everyone to count is extremely important for our communities.”

People insist on calling this “the first digital census,” but, in reality, not everyone has to respond digitally. Some prefer to call it “the first high-tech census.” But to respond online is just one option. All households will have the chance to “self-respond” to the census either by internet, telephone or the “traditional” paper questionnaire that, until now, has been the most common method of collecting census data for more than a century.

Starting March 12, 95% of households will get a package in the mail from the Census Bureau. Most people (80%) will get a LETTER with a unique ID inviting them to respond online; 20% of homes get a similar letter plus a paper questionnaire in the first mailing. The mailings will be sent in four waves (March 12, 13, 19 and 20).

Then there will be as many as four more mailings:

Self-respond, don´t get a knock on the door

When the Census Bureau does not hear from a household in the self-response phase, which starts March 12 and ends April 30, there will be a follow-up operation to try to get everyone else counted. That includes door-to-door visits, conducted from May 9 until the end of July.

Some people really don´t like the idea of getting one of these visits.  In a recent chat with this reporter, Thomas A. Saenz, president and general counsel of the Mexican American Legal Defense and Educational Fund (MALDEF), said that the best way to avoid the “knock” on the door is to be pro-active and “SELF-RESPOND” to the census.

But is it safe and confidential?

The short answer is YES. “The Census Act, Title 12, United States Code, includes the strictest confidentiality laws on the federal books, to my knowledge,” Lowenthal said at a census webinar for community organizations. “There are other privacy laws that provide an additional layer of protection.”

The longer answer is that a lot or public interest lawyers and community leaders are ready to intervene if there´s even a hint that the current administration has violated any of these laws.

“We know many people don´t trust this administration to follow the law, so MALDEF and others are part of a coalition of organizations and respected leaders who have pledged to step in ‘early and heavy’ if there´s any hint of violation of census data,” MALDEF’s Saenz said.

January 2020: The first enumeration begins in remote areas of Alaska

April 30: Self-respond by this date to decrease chances of enumerator visit.

May-July 2020: Primary nonresponse followup operation (for households that did not self-respond)