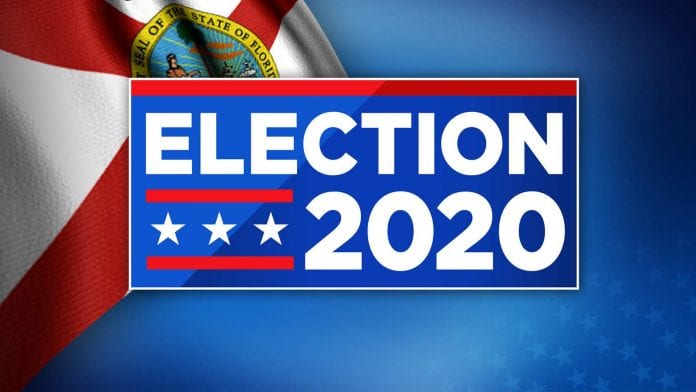 Even as some of them are running in uncontested races in the November 3 general elections in the United States, Caribbean American legislators in New York are urging nationals to vote in what they describe as, perhaps, the most important US presidential elections in their lifetime.

“In our lifetimes, we have heard before, ‘this is the most important election ever’, but never has this been truer than this 2020 election,” said veteran New York State Democratic Assemblyman Nick Perry, the Jamaican-born Democratic representative for the 58th Assembly District in Brooklyn, New York in an interview with the Caribbean Media Corporation (CMC).

“I firmly believe that four more years of (President Donald J.) Trump in the White House will see the destruction of America’s democracy, as we know it, and as the founding fathers tried to create,” added Perry, who is running unopposed in the November 3 general elections.

“After only four years, one would have to be totally blind to not see and hear the awful noise of the breaks and cracks of our Democratic system of government that no one imagined could have occurred.

“The stakes are too high, and it is truly a matter of life and death for our democracy. Lies and deceit are not all we have to worry about; we also will be voting for a public purging of the corrupt elected leaders and some reconstruction of our processes to prevent a few enablers from breaking up our system with their wrongdoing.

“I urge everyone to not only vote for Joe Biden for President but to continue down the ballot on the Democratic line and create not a blue wave but a blue tsunami that will reverberate across the nation,” Perry said.

“This election is one of the most important elections of our lifetime. Our nation is in crisis, and we need to do everything we can over the next two weeks to defeat Trump, hold the House and flip the Senate,” she told CMC.

The Congresswoman said she was “honoured to receive overwhelming support” from her constituents in June’s Democratic Primary, adding that she again looks forward to receiving their support in the November poll.

“My Republican opponent this November is a Trump loyalist; and, you can guarantee that if we don’t hold our House (of Representatives) majority and defeat Trump, he will roll over and do whatever Trump says,” said Clarke, referring to her lone challenger, Haitian American Republican, Constantin Jean-Pierre.

“We couldn’t have asked for better champions than Vice President Joe Biden and Senator Kamala Harris (the daughter of a Jamaican father) in the White House, and I will be proud to cast my vote for the Democratic ticket.

“I will be casting my ballot, along with my family, during the early vote period, which begins this Saturday, October 24, and I encourage everyone to make a plan to vote either by absentee, early vote or on Election Day on Tuesday, November 3.

“We got to start our robocalls encouraging people to go out and vote Democratic from the top of the ticket to the bottom. Now that we turn our sights to the November elections, which will impact our community for generations to come, I hope you stand with me in our fight to defeat Trump on November 3,” Clarke added.

While she does not have an opponent in the general elections, Guyanese-born New York State Democratic Senator Roxanne Persaud, told CMC that her focus is on helping her State Senate colleagues, “who have opponents to retain their seats.

Democratic Caribbean American Assemblywoman Diana Richardson, whose opponent is Republican Menachem Rappaport, could not emphasize enough the salience of voting, saying that “every election is important.

“Far too often, we have been made to believe that our voices don’t matter, that our lives don’t matter and that our votes don’t matter. Well, I’m here to remind you that they do matter,” said the representative for the 43rd Assembly District in Brooklyn, whose parents hail from Aruba and St. Martin.

“It is important as a community that we continue to remain ‘civic minded’ as a daily practice,” she added. “Voting is a key activity that we as a people can do to display the highest use of our power.

“Our voice at the polls represents the call to action for equitable access to education, healthcare services and workforce development programs, to name just a few of the community’s basic needs,” Richardson continued.

“Make a plan to vote by absentee or in person. Now, more than ever, your vote matters,” she urged constituents..”

Richardson described her district – which comprises the Brooklyn neighbourhoods of Central Brooklyn, Crown Heights, Prospect Lefferts Gardens, Wingate and East Flatbush – as “a cultural melting pot of families from around the world”.

Her Democratic Assembly colleague, Assemblywoman Rodneyse Bichotte, the daughter of Haitian immigrants, said the November elections are “pivotal” for Caribbean-Americans.

“Gaps in health care access, and educational and income inequities resulted in a higher infection and fatality rate in largely-minority districts like mine,” said Bichotte, chair of the Brooklyn Democratic Party, who represents Brooklyn’s 42nd  Assembly District.

“I think voters here realize that our federal leadership let them down, and they are eager for a chance to change the tide. This is evidenced by the unprecedented turnout we saw during the Primary Election and the overwhelming number of requests for absentee ballots to date.”

Bichotte,  whose district comprises the Brooklyn neighbourhoods of Flatbush, East Flatbush, Midwood and Ditmas Park, said, while her race is not contested, she never takes her constituents for granted.

“During my next term in office, I will continue to support health care access for all, equity in education and affordable housing initiatives. “I will also work to expand opportunities for MWBEs (Minority and/or Women-owned Business Enterprises) and reform our broken criminal justice system.”

Another daughter of Haitian immigrants, Phara Souffrant Forrest, essentially a political newcomer, expressed strong confidence in repeating her shocking upset in the Democratic Primary election in June, when she beat long-standing African American Assemblyman Walter T. Mosely, III in the general elections for the 57th Assembly District in Brooklyn.

Souffrant Forrest, 31, a registered nurse, whose husband is Jamaican Charles Forrest, beat Mosely by 10 percentage points in the Primary.

“I’m very confident that I will beat him again,” she said about Mosely, who will be contesting the general elections on the Working Families Party (WFP) ticket.

Souffrant Forrest urged voters in the 57th Assembly District – which comprises the Brooklyn communities of Clinton Hill, Ft. Greene, Prospect Heights, and parts of Bedford-Stuyvesant and Crown Heights – to “get your plan together.

“The idea is that they’re (Republicans) banking on us not to have a plan,” said Soufffrant Forrest, adding early voting starts on the 24th (of October).

“Once you have a plan, you don’t have to worry about voter suppression.”

In a message to Caribbean voters on Friday, New York City Public Advocate Jumaane Williams, the son of Grenadian immigrants, also urged the community to “make a plan for how you’re voting.

“Election Day is in 11 days, and we all know that voting Donald Trump and his destructive, hateful actions out of office is the top priority,” Williams said.

“Lives literally depend on it. Early voting starts tomorrow (today, Saturday). There are three ways you can vote this year. I’ll be voting  on the Working Families Party line.”

He said Caribbean nationals can vote via absentee ballot, which must be submitted by October 27; early voting, which runs from Saturday through November 1; and vote in person on Election Day, November 3.

“Before you head to the polls, make sure to check your voter registration,” urged Williams in his email message. “This election is critical, and there’s no time to waste.

“Whether you’re voting on Election Day, voting early in person, or submitting an absentee ballot, remember to vote Biden/Harris on the WFP line to get rid of Trump and to begin holding them accountable by strengthening our progressive movement,” he added.